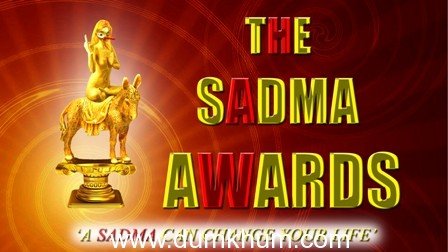 After all the coveted awards of the year, here comes the mother of spoof awards shows, the  “Sadma Awards 2013” by India’s only Online Stand-up Comedy and Late Night Show JayHind.TV brought to you by Undercover Productions Ltd. Conceptualized by Abhigyan Jha, the Creator of Jayhind, the evening shall bring to the city the second edition of  “Sadma Awards” hosted by Sumeet Raghavan, Rajeev Nigam, Aditi Mittal, Varun Grover, Andy Reghu & Ashwin Mushran on 5th July 2013 will honor the most sordid & disgusting achievements of the year between the last Two April Fool’s days or as some call it – the financial year. With prime focus on politics & Bollywood, the categories pan a varied range of fields like sports, finance and pop-culture. 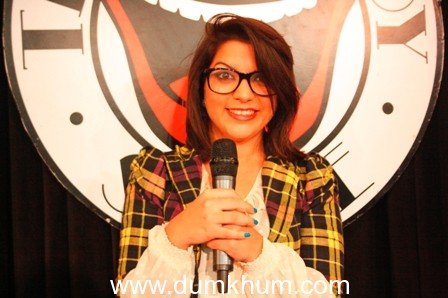 After marking a niche with his flawless acting in “Sarabhai v/s Sarabhai”, and winning the Best Anchor Award at ITA for the iconic Online TV show  JayHind!, Sumeet Raghavan along with popular comic powerhouses Rajeev Nigam, Aditi Mittal, Varun Grover, Andy Reghu & Ashwin Mushran will anchor the evening and present the Awards. As the spoof awards follow the trend of awarding the worst of the year, much like the Padma Awards it satirizes – felicitating noted personalities in categories like “Foot in the mouth Award for maximum bakwas in a year”, “Retirement of the year award”, “Meri aukat bhul gaya award” “Feku Of the year” and so on, for reasons best left unsaid is what “Sadma Awards” is all about. 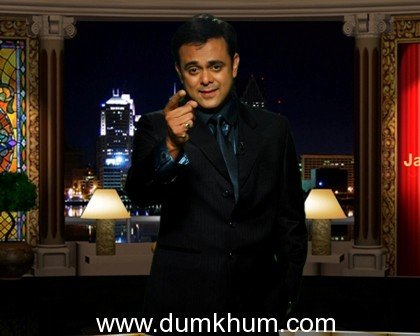 Similarly, a bunch of other not-so-cool achievers have made it to the nominations, proving it to be most difficult to choose the best from the “worst of the year”.

Being the World’s first full format TV show online, JayHind! has always made news for its pioneering efforts in the entertainment space. The show is hugely popular among Indians across the world and is nearing 200 million views online. Abhigyan Jha : the man behind Jay Hind !, phenomenal Talent of the sharpoest team of writers and the naturally perfect comic timing of host Sumeet Raghvan helped JayHind pick up a record 6 Nominations including Best News Based Show, & win 2 Awards at ITA, 2012 beating 500 Broadcast Channels including 136 News Channels for Best Talk/Chat Show & Best Anchor Talk/Chat Show.

4. Kapde Phenk, Tamasha Dekh Award for The Nangi Ladki of The Year

8. Ghatiya Research of The Year

• Trivortex Bangles endprsed by Shashi Tharoor
• Blackberry Z10 (last year for playbook which had no silver lining)
• Hatf 9 Missile
• De Waal and Pokorny (Netherlands and USA) for discovering that chimpanzees can identify other chimpanzees individually from a picture of their bottoms.

9.  Bankrupt of The Year

10. Crime Master Gogo Award for Thief of The Year

15. Sextoy of The year
• Bilawal Bhutto
• Intensity by Jopen for Women
• Article 66A (govt screwed many with this Kapil Sibal Brand IT Rules Toy
including two innocent girls from Vasai)
• We Vibe for Couples who want more.

• Delhi Police for using Water Cannons & Lathicharging Delhi gangrape Protesters
• Pakistan Army for Beheading an Indian Soldier & then not having the Balls to
claim the act,
• Maharashtra MLAs Bahujan Vikas Aghadi’s Kshitij Thakur and MNS’s Ram
Kadam, for for Beating Up a Cop Inside the Assembly
• Mangalore Police for Putting Journalist Naveen Soorinje in jail for 4 Months for reporting on a crime committed by Hindu Jagaran Vedike

23. International Idiot of The year

24. Bearded Idiot of the year

28 .“Naadaan Teenager ko Ullu Banaya” Award for the worst Teen-film of the year

29.“Ab Kitni Baar Yahi Picture Banaogey” Award for Worst Sequel of The year in a year that had the maxmum sequels ever

33. “Kandam” Award for Worst Film of the year
• Barfi : Lifetime Achievement in Copying – slideshow with commentary
• Dangerous Ishq : tried to destroy 3D technology
• Cocktail
• Himmatwala – we had to replace Heroine with this magnum opus on Public
Demand

34. “Tabaah” Award for Most Pathetic Actor of the year

36. Auto Tune Singer Of the year
• Swanand Kirkire for ‘ala Barfi’
• Priyanka Chopra( in my city)
• Himesh Reshamiya – for every song
• Rani Mukherjee for Aga Bai from that magnum opus aiyya. Yeah belly dancing and singing don’t go together,

• Hina Rabbani Khar for seducing bechara Bilawal
• Abhishek Manu Singhvi
• CIA director Patraeus resigned from his position shortly after it became known that he had an extramarital affair with All In biographer, Paula Broadwell.
• Gopal Kanda