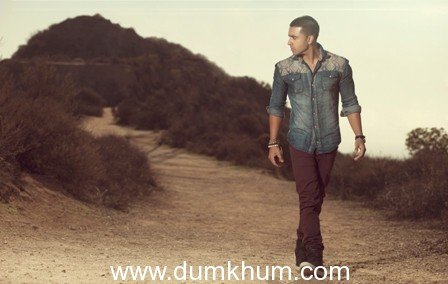 Many will remember Jay Sean’s Hindi versions of ‘Ride it’ and ‘Stay’ that garnered much critical acclaim back in 2008.

This time, Jay Sean takes his current dance floor hit with DJ Pauly D, ‘Back to Love’ and spins the second verse and chorus into a smooth, meaningful Hindi translation with the help of well respected Classical singer Falu. The amazing Falu, who studied under the late legendary sarangi and vocal master Ustad Sultan Khan, has performed with A.R. Rahman, Wyclef Jean and Yo-Yo Ma to name a few!

‘Back to Love’ currently sits right outside Top 40 on American Radio and is climbing steadily. Jay Sean, The Cash Money Records star has also launched a full service entertainment company that is aimed at signing all forms of entertainers, not just singers.

His first signings include, Australian pranksters ‘The Janoskians’, X-Factor finalists ‘The Fair Ground’ and UK/African based producer duo ‘Da BeatFreaks’.

Additionally, Jay’s long awaited 4th studio album ‘NEON’ is now officially due May 21st, with the first single ‘Where You Are’ impacting American radio and iTunes on March 19th.

Sean says of track: “This ‘Candlelight’ version is much like what I did for ‘Down’ back in 2009. I like taking my up-tempos and turning them into beautiful organic ballads. A great song truly reveals itself when sung just over a piano or guitar. The Hindi idea was something I wanted to give my fans. I know our roots are important to who we are and what we do. I always remember where I came from, so this is for those of you that remember those beginnings…I certainly do!”