Mr.Sayyed M Shah, M D  of Rehbar Group of companies announced the presentation of Jamal Sen Awards. These Awards are to be presented to those who gave their valuable contribution in the field of music. 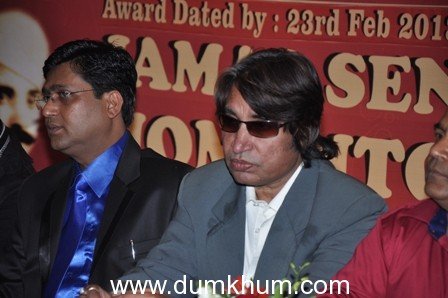 The presentation of Award ceremony will be held in the month of Feb.2013 in Mumbai.On the announcement of this Award many celebs including music director Dilip Sen, actress Saheela Chaddha, Nimai Bali, director K. Ravishankar,