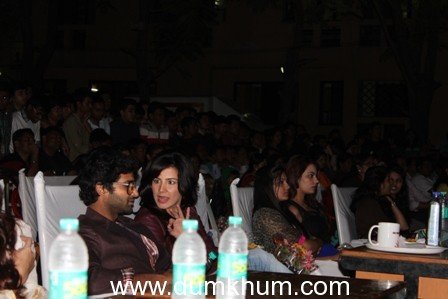 The ‘JAL’ team comprising of Purab Kohli, Kirti Kulhari and director Girish Malik took the students of SIES (South Indian Education Society) College by storm yesterday, where they were present at their college festival ‘Tatva-Moksh-Lakshya’. The team enthralled the students with their witty humour and their stunning trailer. 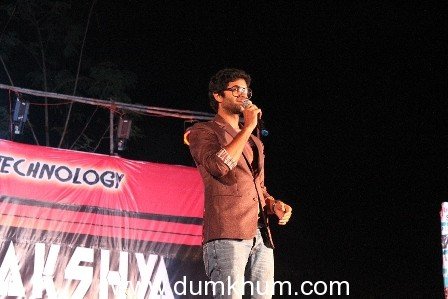 The team was present to judge a fashion show conducted by the festival. The stylish actor Purab Kohli and Kirti Kulhari also gave the students important tips on fashion. The team was invited on stage with a big round of applause where they showcased the trailer of the film. Shot across the picturesque Rann of Kutch, the film tells a complex and intriguing story of love, relationships, enmity, deceit and circumstances that bring about the dark side of human character. It is a high-octane, action- drama with a shocking climax. The trailer ended with laud applauses and shouts of once more and much to the delight of students, the trailer was replayed. Following which Girish Malik the director spoke about the journey of ‘JAL’. This was followed by an interaction with the students. Purab and Kirti even danced on songs much to the delight of fans. Produced by OneWorld Films and distributed by DAR Film Distributors (DFD), the film stars Purab Kohli, Kirti Kulhari, Tannishtha Chatterjee, Saidah Jules, Mukul Dev, Yashpal Sharma and Ravi Gossain amongst others.