Bimal Roy, the Silent Master of Indian Cinema piloted the golden age of cinema in the 1940′s. A socially committed director, his films had the power to inspire and move audiences. The 5th edition of Jagran Film Festival, Mumbai will host a Retrospective of Bimal Roy’s Cinema.  The director and his work are being remembered  at the Jgran Film Festival. His films Sujata, Do Bigha Zameen, Madhumati, Devdas and Bandini will be screened at the festival. 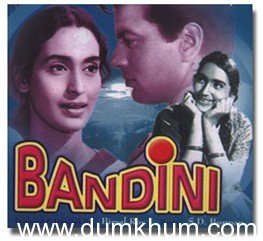 One of the most acclaimed Hindi film directors of all time; he was famous for his romantic-realist melodramas that took on important social issues while still being entertaining. Bimal Roy passed away at the age of 55 on 7th January 1966, leaving behind an unmatched and unequaled cinematic legacy.

The movies to be screened are:

Alongside the screening of Bimal Roy cinema, the festival will also showcase an exciting line up of films in diverse genres from every corner of the world. The festival will feature films under several sections: Cinema of the Uprising, Firs World War Movies, International Competition, Indian Showcase and Country Focus (Cyprus).