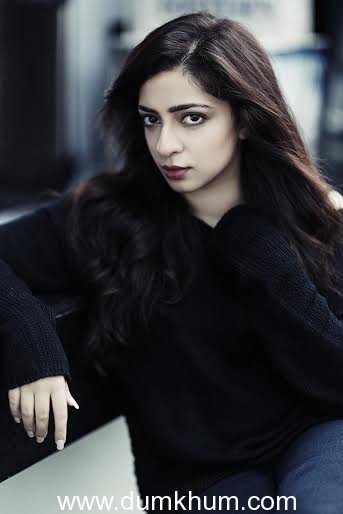 Filmmaker J.P Dutta’s daughter Nidhi Dutta, who is all set to mark her Bollywood debut with her dad’s production venture Jee Bhar Ke Jee Le, has marked her presence in various social media sites as well.
Nidhi has joined Facebook, Twitter and Instagram to interact with the audience. Talking about her social media debut, Dutta says,”I have joined all the popular social media sites so that I can get directly in touch with the audience. It will help me understand their likes and dislikes better and I can also keep them updated about all my future projects and all that’s happening in my life.”
The actress also got a shout out from Abhishek Bachchan, who marked his acting debut with J.P Dutta’s Refugee, and Arjun Kapoor. Both the actors took to Twitter to welcome her aboard.
Bachchan, who shares a great bond with Nidhi, welcomed her on Twitter, writing, “Crew, show the love to my little sister @RealNidhiDutta.Welcome to the chaos Nidhi.”
Arjun too tweeted his support writing, “Guys pleases welcome my friend @binoygandh s film jee bhar ke jee le s star on instagram her Handle nidhiduttaofficial show her some love…”
A source close to the actress, informs, ”Nidhi will promote her upcoming movie online and also connect with the audience to see their reaction, what they expect and what they want to see in a film today. Not every actor does that, Nidhi believes in having a direct connect with the people.”
Nidhi will be seen opposite Nafisa Ali’s son Ajit Sodhi in Jee Bhar Ke Jee Le.