It’s me, my face, I am botoxed, Says Karan Johar! 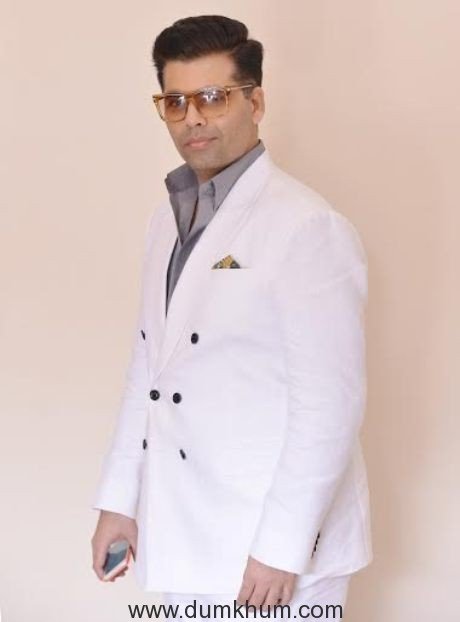 Ever since Karan Johar and Star World announced that Season 5 of Koffee with Karan is set to air on Star World from 6th November, speculations have been rife as to which stars will grace the hotseat this time. After all, Karan Johar is known for his wit and humour which has stars spilling the beans on the show, often leaving Karan and the audience in splits! While the wait for Season 5 gets shorter, Karan Johar makes a revelation that will leave you at the edge of your seat, watch Karan talk about the 4 interesting things to look forward to this season!

It’s me, my face, I am botoxed, I put collagen up there, I have adjusted my nose, I have done what everyone does in my industry, so that is one of the things – Yes! Karan always leaves his fans speechless with his no fear attitude! The season hasn’t even begun yet and the director is already making the world spin around with his hilarious comments.

What is the second thing? Well, there will be some fun coming up in the rapid fire round, there will actually be some additional add-ons, nothing really changes in this show as you know because you don’t allow new celebrities to walk into the industry so pretty much the same people, different combinations, fortunately everyone is a new lover, a new enemy and a new controversy to talk about– Well here it is, what the world’s been waiting for, more news about the Rapid Fire round, a jewel in Karan’s koffee crown, the rapid fire has been the ultimate challenge for celebs on the show. But this time, there are more challenges, new faces, newer questions and so much more drama.

What is the third thing? The third thing is, uh, well the set! You have to see it, it is stripes, black and white, just like a Zebra is, but you cant cross over at all – Well it’s not only Karan who is new and improved but also the set! Yes, this time the set has a more sophisticated look. With a dash of Karan’s personality incorporated in the set, the show is definitely a notch higher this season

Alright! And I am the one who will ask the questions – of course, who else? Would the show ever be complete without Karan? Never, it’s always Karan who asks the question, up, close and personal. The celebs squirm, duck and retort to his interrogation but clearly the cat and mouse game persists. Watch the director take on various roles from the Koffee with Karan couch and make the Sunday a memorable one.

Now that Karan has revealed the things to look forward to in the new season, we cannot wait to see what else he has in store. Who are the new faces, what are the new questions, how does the set look, well it’s all in the season! Watch Season 5 of Koffee with Karan which will air from 6th November 2016, onwards at 9PM sundays on Star World and Star World HD from 6th November 2016.