Is Shahid going to reveal his Udta Punjab look at the IPL opening? 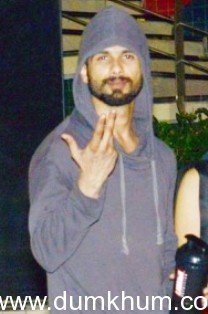 Shahid Kapoor has undergone a look change for the shoot of his upcoming film Udta Punjab. Shahid has been experimenting with his look and has undergone more than 15- 16 looks. He seems to have locked the look last week and since then he has been escaping the paparazzi.

Even when he has been stepping out at the gym, rehearsals or meetings Shahid has been wearing a hood to ensure the look is under wraps and does not get leaked on social media.

However, Shahid will be performing at the IPL opening tonight. There is a lot of buzz around his look and the actor might reveal his look here Previously his Haider look had become a huge hit and now his new look is truly looked forward to by audiences…