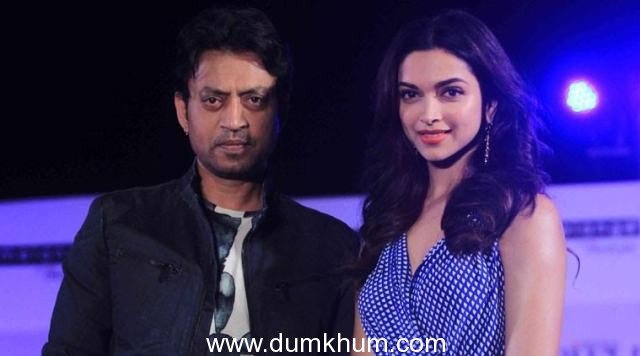 Irrfan Khan is keen to show his upcoming film ‘Talvar’ to Deepika Padukone, his Piku co-star. Irrfan who is away fulfilling work commitments will be hosting a special screening of his latest film once he is back in town and he wishes to have Deepika attend the same.

The movie had its world premiere at the recently concluded Toronto International Film Festival, where it garnered a rousing response. The initial reviews of the movie have been positive, so Irrfan along with the makers, is keen to show it privately to as many industry friends as possible.

Talvar is loosely based on the 2008 Noida Double murder case. Talvar is to feature an unbiased version of the Aarushi Talwar murder case, stating three different point of views of the case.

When contacted, co-producer of the film Priti Shahani confirmed the development, saying, “We would love to show the movie to Deepika, and the entire team of Piku. Irrfan is extremely excited about the response the film is getting.” The film stars Irrfan Khan, Konkona Sen Sharma, Neeraj Kabi amidst others and is produced by Junglee Pictures.

Talvar is slated to release on October 2nd,