Irrfan is every director’s dream actor 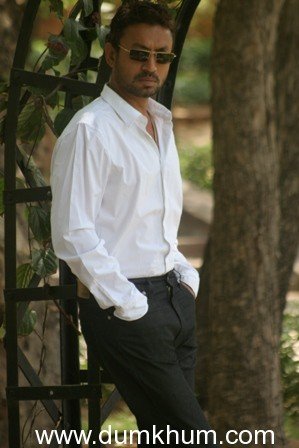 Irrfan, who is earning rave reviews for his performance in recently released Nikhil Advani’s ‘D-Day’, is now being touted by the industry as being lucky for his directors. Being praised by audience and critics, alike, for the soulful as well as hard hitting show he put up in the film; Irrfan has proved that he is a multifaceted performer, and a lucky one at that, for his director.

‘Paan Singh Tomar’ (2012) was Tigmanshu Dhulia’s real –life film about an athlete of the same name, which starred Irrfan. Peppered with humor, drama and tragedy, Irrfan’s portrayal of the character won him the National Film Award, Filmfare and Screen Awards for Best Actor, for the film. The film, which was declared a hit, had Irrfan as the factor that critics praised and the audience was pulled to the screens to watch. The powerful actor had also starred in ‘Yeh Saali Zindagi’ (2011), a Sudhir Mishra film that received very good reviews. Irrfan’s acting stood out in the film, and he earned critical acclaim, along with appreciation for the film.

Irrfan, a versatile performer par excellence, has proved over the last few years that with him leaving no stone unturned in preparing for his roles, his directors always have an extra edge. Not just in India, Irrfan has made a mark on the international film circuit too, with his work in successful Hollywood movies such ‘Life of Pi’, ‘Slumdog Millionaire’ and ‘The Namesake’.