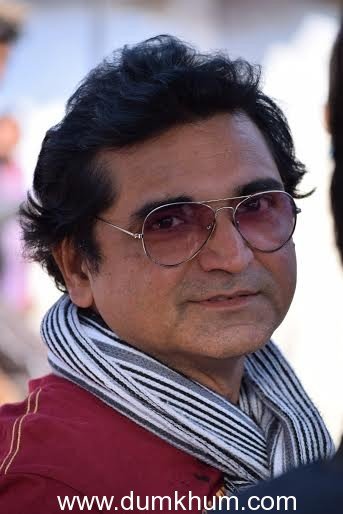 Having worked for many TV channels and films as screenwriter and assistant director, Dilip Mukharaiya is now not only donning the hat of a script-writer and director for his film ‘Pareshaanpur’ but is also producing it. All geared up to make his way in Bollywood , Dilip talks about his  upcoming movie, ‘Pareshaanpur’ that is to be released in the month of June. The film features Urmila Mahanta and Ameet Dawar in the lead role.The movie features Shakti Kapoor, Asrani, Pitobash Tripathy, Manoj Joshi, Sitaram Panchal,Sunil Pal and Shakti Mohan in the supporting role. 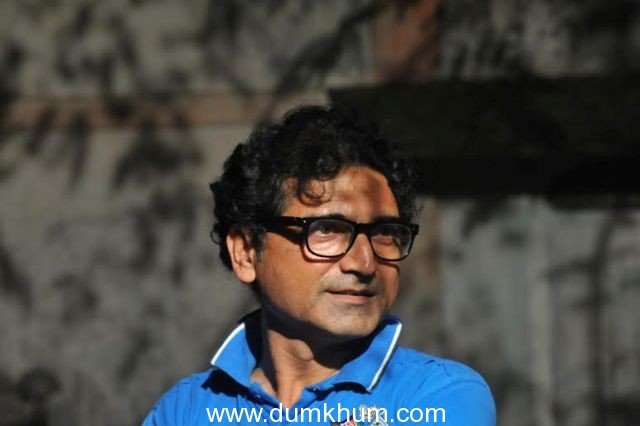 “Mumbai is not a shooting friendly place, even our industry people are indulging in wrong doings and harassment!!”, says director of film Pareshaanpur.

1) How did the idea of Pareshaanpur originate?

Dilip: The idea of Pareshaanpur came as a routine subject, the kind I was always looking for a movie. Though this is a comedy film I have to think or put myself or my situations or my surroundings as subject/ idea. But, of-course I created a colourful story out of this and created characters that are born to be a ‘Pareshaan’ person with actually no ‘pareshaani’ in their lives. These mind-sets gave me a start to create Pareshaanpur but in a funny way.

2) Tell us about the movie Pareshaanpur.

Dilip: As I said earlier Pareshaanpur is a mind-set. All of us have problems and solutions by their own, but some peoples only have problems 24 x 7 in their lives and are looking for the excuses to blame other sources for it. So, there are a few gentlemen in our society who are taking care of these ‘mind sets’ by nurturing their beliefs and exploiting them. So, this story belongs to a village called ‘Shaanpur’, but it has been taunted as well insulted as ‘bad omen’ because the villagers believe there is so much of ‘‘Pareshaani” inspite of “Shaan” in the village. Even in a simple thing that happen to their life they mix up with shagun and apshagun (auspicious and inauspicious) without using their logical reasoning. This universal concept of being a ‘Pareshaan’ or having lots of Pareshaani is visualized in form of cinema but within comical satire supported by good music by Raaj Aashoo.

3) Pareshhanpur is a comedy film. Who has been your inspiration when it comes to this genre?

Haha…I don’t have any inspiration…it can’t be. I am the creator of my own ideas based on the characters or situations I am familiar with. Every person in my life whether they are my friends, colleagues, my unit members or my relatives. Everyone can inspire us if we are open to listen and observe them. Life is full of comedy; we have to come out of our problems and ‘Pareshaaniyaas’. Don’t give enough time to your Negativity to conquer your daily life, have a laugh in life, and enjoy the positivity.

4) The film is mostly shot in remote areas. Did you face difficulties during the shoot?

Dilip: Difficulties? Lots of…but when I was shooting in and around Mumbai. But, as I shot mostly out of Mumbai, places like Kolhapur, Nagpur and Punjab, I found fewer problems, higher percentage of good people and off course great locations. Mumbai is not a shooting friendly place, even our industry people are indulging in wrong doings and harassment. They form different types of unions to just target the Producer/Film maker and their work.

5) Tell me about your background?

Dilip: I am from Gwalior city of Madhya Pradesh (MP), came to Mumbai to follow my instincts – know nothing but have to do something. I wanted to be a Film director and started working with directors like Shriram Raghvan, Shivam Nair, Aruna Raje, Patil etc. As an assistant director or dialogue writer or script writer, those were my initial days when Shriram Raghvan encouraged me to write scripts or dialogues along with assisting him, Shivan Nair gave me the chance as dialogue writer. I followed their instructions/guidance to move ahead. They are my mentors, friends and guides.

6) It’s the first Hindi film of both Urmila and Ameet. What are your expectations?

Ameet Dawar and Urmila Mahanta, both have a great career ahead, I have quite high expectations from both of them. Both of them are talented and doing their first Hindi cinema as lead. I would just want say them, ‘Chances and opportunities will knock your doors, don’t take random decision or don’t fall for any project or script or banner without putting yourself at first place. I know both are sharp and intelligent, deserve a great career. My wishes are with them always.

7) What was your experience working for the film?

Dilip: I am making my career from this film as an independent director as well as, as a producer. So, you can imagine the amount as well as the variety of experiences I had. It’s a lifetime experience, learning and lesson, both. This film taught me – what is THE LIFE.

8) As a debutant director, did you have apprehensions during the filming?

Dilip: Not apprehensions but excitement was the factor. Some doubts happened on few occasions but I discussed openly with my team, mainly with my DOP Ramani Ranjandas. He is the most trusted person along with my colleague/ Executive Producer Neer Dhillon. In editing I am having a great support of my editor Sanjay Ingle too.

9) What are your plans for theatrical release of the film?

Dilip: I am planning for a May ending or June 2015 release.