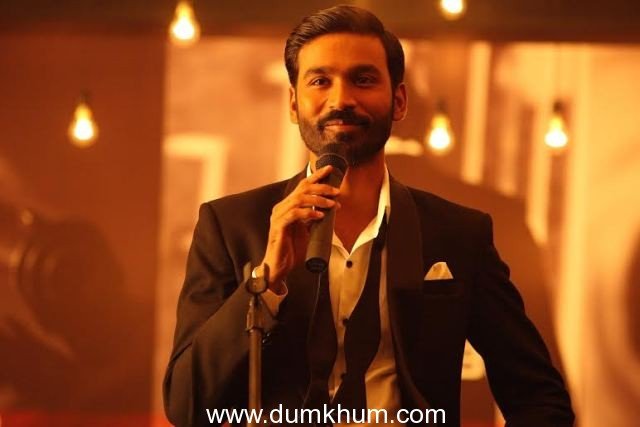 Your Bollywood debut was phenomenal – You came and conquered with Raanjhanaa  and your very next movie is with Mr.Bachchan – Comment.
It’s a dream come true working with a stalwart like Mr.Bachchan .My very first shot in Hindi films was against a poster of Mr.Bachchan and now I get to be pitted against him in Shamitabh -It doesn’t get any better than this.

Despite being a Superstar down south, you have an unprecedented fan following up north – How does it feel?
The fact that people loved the character I played in Raanjhanaa and follow my other films down south is something I’m yet to come to terms with – It feels surreal and for an actor its always a compliment to know that your character is remembered by people and not just your public image.

The roles you are choosing are very unconventional and very different from the kind a Superstar does down south – Why the decision to take up such roles?
Down south my fans are used to seeing me in a particular role and hence I’m restricted as an actor ! In Bollywood I have nothing to lose, so I try to experiment and mix it up as much as possible and thanks to R.Balki I bagged the role of a lifetime.

They call you the dark horse at the B/O – The unconventional superstar – Comment.
Its overwhelming …And I hope to continue surprising them with performances that stay with them much after the film releases.

Tell us a little about your role in the film.
I play an ordinary guy with dreams of being a star – The film is about clash of egos, about people competing for credit as filmmaking is a collaborative effort. ‘Shamitabh’ explores that collision between Mr.Bachchan and me.

R.Balki has called you an “Original actor” and has been an admirer of your work – How was it being directed by him?
Balki sees things very differently and yet with so much clarity – It was a very enriching experience working on this film. Balki brings out the best in his actors.