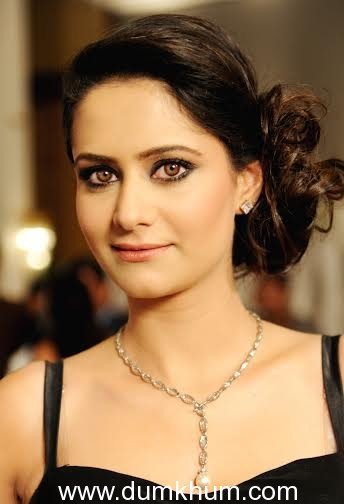 Getting an opportunity to share screen space with stalwarts like Rekha and Anupam Kher is like a dream for any newcomer and the dream seems to have come true for Shweta Kumar, the daughter of filmmaker Indra Kumar.

Shweta, who had made her acting debut with ‘Karzzz’, will be seen opposite Sharman Joshi in Indra Kumar’s ‘Super Nani’, which stars Rekha as the titular character. Talking about Shweta, proud papa Indra Kumar said, “I am very happy that I am re-launching my daughter Shweta with Super Nani. I am all the more happy that at such a young age she is sharing screen space with Rekha.” In the film, Shweta will play Sharman Joshi’s love interest, who helps him transform his grandmother (Rekha) from a housewife to a super-model.

‘Super Nani’ is slated to release on October 31.