Even the 41 degree heat couldn’t keep the music lovers from crowding the Sunburn Mumbai Main Stage to hear India’s youngest DJ, (S)haan. Already waiting in line for the gates to open at 4pm, Sunburners were ready to get Sunburn’t in order not to miss (S)haan’s progressive beats. Sunburn’s resident DJ did not disappoint. Not only was the massive crowd cheering their adoration for the young superstar, but the rest of the DJs in Day 3’s lineup were visibly enjoying themselves on stage. Sultan and Ned Shepard were clearly blown away by a track which (S)haan himself produced.

Said (S)haan (Shaan Singh), “Music is my first love. My passion. I am lucky that my parents support me, and give me complete encouragement. It is their faith in me that has brought me this far. I debuted in Sunburn Goa 2010, and it’s a real honour to be playing on the main stage here at Sunburn Mumbai. Thanks to all Sunburners for their loyal support!” 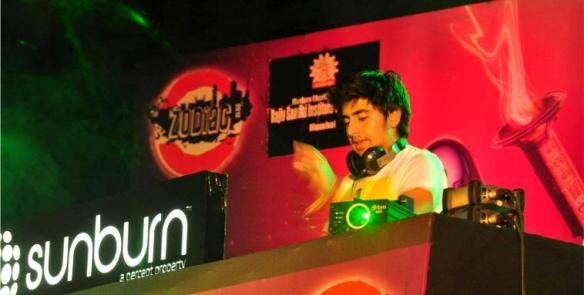