As India’s Got Talent finals draws near, the competition is heating up as they prepare for the finals which will be aired on Saturday, 27th June at 9pm on COLORS.

With only moments to go, the atmosphere seems to be intense that you could cut the tension with a knife. The finalists share what is going through their minds right now as India’s Got Talent draws to a close, reminiscing about their journey and which competitor is tough to beat.

Quotes from India’s Got Talent finalists and Pointers. 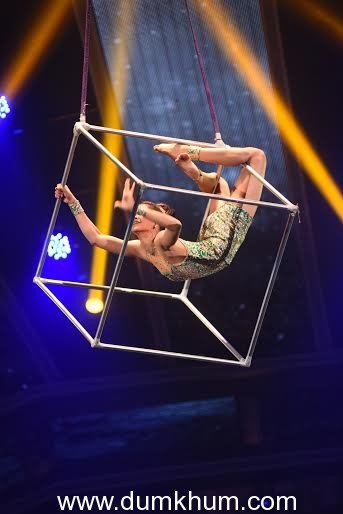 Hailing from Dhulia, Maharashtra, this ever-smiling 19 year-old, puts up quite a show everytime she prances gracefully across the stage.

With confident and swanlike aesthetic movements, Yogeshwari has impressed the jury with her zest for her talent. A joy to watch, Yogeshwari has always received a standing ovation from the audience and the jury whenever she has performed on the India’s Got Talent dais.

“Compared to the many championships I have participated in, India’s Got Talent has been a completely new experience for me since the range of talent goes beyond gymnastics. Reaching to the Grand Finale amongst all these great acts has been amazing and special for me to get this chance”

“I think the Beat Breakers will be a tough competitor”

“I don’t think any of them is difficult to please, they have all been very helpful after my performances” Their overwhelming performance every time made them one of the obvious choices for the winner positions. However, Beat Breakers lost out to Ragini Makkhar’s aesthetic Kathak dance moves in the previous season of the show. The sixth season brought a fresh ‘challenger’ angle to the dais of India’s Got Talent, giving this group a much-deserved second chance

An emotional and passionate group of children, have faced the adversities of life and has moved the audience last year with their story

Will their passion be enough to move the audience this year too?

“The experience has been very good and very remarkable. I think it’s been a memorable experience throughout”

“I think all of them are very strong competitors”

“I think Kirron Kher is one of our strongest supporters, as for the who isn’t I choose not to comment” A bundle of energy, the jury knew this group had every ounce of potential right since the group performed their first audition. It’s not so easy to win their vote of Golden Buzzer otherwise!

Hailing from Thane, this group of children has always had an edge over the others with their never seen before antics and well-orchestrated stunts.

Showing variety in every performance, XIX Dance Group has brought to the stage of India’s Got Talent an indescribable dynamism from outer space!

Karan Johar, who aptly named the gang ‘Bachon Ka No. 1 Gang’ certainly knew what he was talking about!

“We formed X1X Junior Group specially to compete for India’s Got Talent. We are a mixture of middle class and upper class dancers who have worked incredibly hard to reach to this moment. We have rehearsed in Thane in whichever places we could, from gardens to any open space. Wherever we found a place, we practiced. Winning the Golden buzzer was amazing, after it we felt we should work even harder towards the finals. In the past five seasons on India’s Got Talent dance groups have won and we hope to join that list that this year”

“Each and every one of the finalists are extremely talented. We are our own toughest competitors every single time we perform”

“All three of the judges are our favorites” Harmanpreet Kaur and Parry G from Punjab and J&K respectively (Singing – fusion of Bollywood and rap):

A match made on India’s Got Talent, the pair of  Harmanpreet and Parry G is the own personal successful project taken up by the jury

Having fused the melodious voice of Harmanpreet with Parry G’s intense rapping, the jury pats themselves on the back every time this duo takes to the stage. 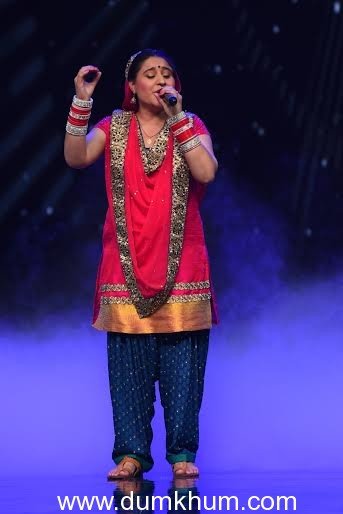 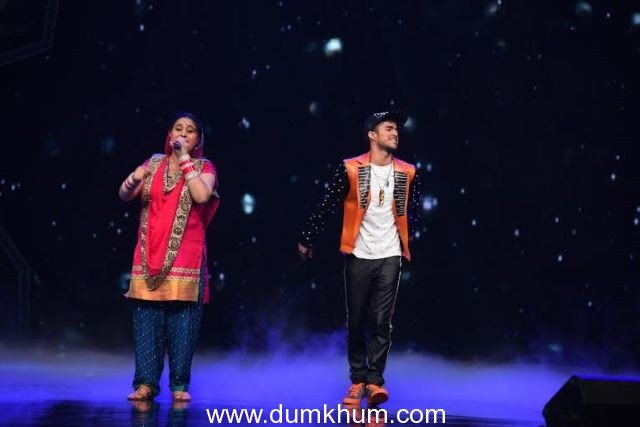 Redefining music, when these two join forces, it creates magic unknown to the ear!

Parry G-“Coming from Jammu Kashmir to India’s Got Talent has been very memorable. It’s been a lifetime experience and I feel very special to be a part of the finalists”

Harmanpreet-“It’s been good, I am very happy with the journey so far and look forward to the future.”

Parry G- “I think Beat Breakers is tough to beat”

Parry G- “All three of the judges have been giving us great feedback. On our last performance, we even received a standing ovation”

Harmanpreet-“Kirron Kher has always been a favorite. I think the audience is difficult to impress” Sometimes, it is good to be the mama’s boy and Manik Paul is the perfect example! 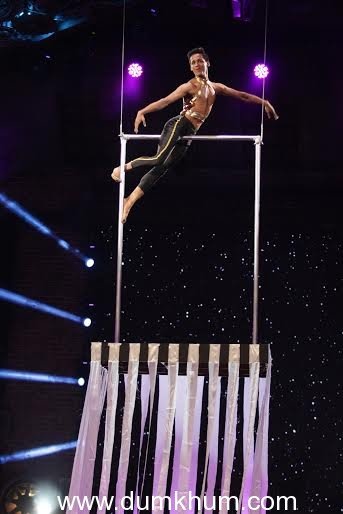 With the aim of building a house for his single mother, Manik has dedicated his gymnastic passion to his mother.

A natural audience stunner, Manik Paul has received accolades from not only the jury but also his idol Remo D’souza.

When Remo visited the sets of India’s Got Talent, Manik got emotional when an impressed Remo walked up to the stage to congratulate him on his performance. Revealing that Remo has been his forever idol and he has attempted to meet Remo before (but to no avail), Remo promised that Manik will see a bright future and took responsibility for this. India’s Got Talent, a stage where dreams turn true, Manik’s dream has already turned true even as he journeys towards the beginning of yet another success

“On India’s Got Talent, I have got the chance to learn so many new things. I feel like I can learn anything after my experience on India’s Got Talent. My thinking has truly been broadened, I now have bigger dreams and like Varun Dhawan  himself said on the show I believe I can represent India on a national level or higher”.

“Solo performances don’t get as much attention as dance groups. I think X1X groups are tough to beat”

“I think all the three judges are very nice and encouraging. They are all frank and direct in their comments and give constructive criticism” 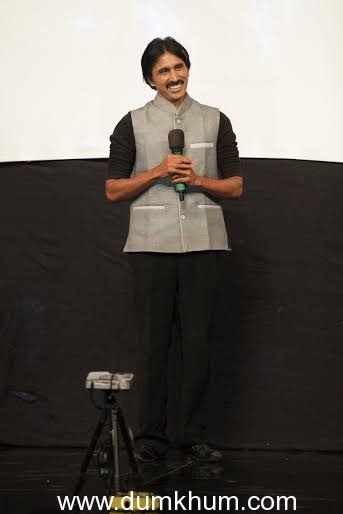 A unique and certainly attention-grabbing talent, Prahlad Acharya has received accolades for having tugged at the heartstrings of India with his magic

Using the combined magic of the ever-available light and his hands, Prahlad Acharya also recently moved the nation to tears by depicting a mother-child’s relationship in the most artistic way possible

A respectful man full of magic up his sleeve, Prahlad Acharya has created conversations across the country!

“It has been very nice, I have fulfilled my dream and now indifferent to if I win or not. My intention is already fulfilled and I am happy”

“I think I am my own toughest competitor”

“I have never thought about the judges as favorable or unfavorable to me. I have never had that situation especially after my acts.”