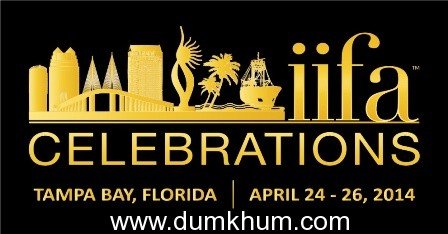 Superstars of Indian Cinema – Anil Kapoor and Priyanka Chopra will join the International Indian Film Awards (IIFA) on a 3 city tour of America as they announce celebrations ahead of the 15th year of the film industry’s most awaited awards ceremony and weekend extravaganza. Fans of Indian Cinema, particularly those residing in Los Angeles, Tampa Bay and New York will have the opportunity to catch two of the most prolific stars of Indian Cinema on American soil.

Priyanka Chopra said “Year after year, IIFA brings the best of Indian cinema to a new geography in different parts of the world, providing a taste of the best that we have to offer. We are very excited to bring IIFA to Tampa Bay.  With the support of representatives of Visit Tampa, we have been able to conceptualize and actualize an incredible event.  There will be music, dance and a whole lot of spice!  We’re looking forward to giving our fans and new audiences the experience of a lifetime.

Earlier this year, the International Indian Film Academy (IIFA) announced that fans of Indian Cinema could expect the 15th Annual IIFA celebrations to make its American premiere in Tampa Bay, Florida. The institution has now announced the much awaited official dates for the mega-weekend that is all set to take place from the 24th – 26th of April.

Speaking about the tour, Anil Kapoor said “With the promise of bringing the best and biggest events to the fans of Indian Cinematic Diaspora in a manner that’s unique and entertaining, the IIFA Weekend and Awards is an iconic platform with fans globally. As a friend of IIFA, I am delighted as IIFA makes its debut in the USA through Tampa Bay.  It has been my pleasure to be associated with IIFA for over a decade and once again on behalf of IIFA and the Indian film fraternity we commit to give our audience an opportunity to witness one of the finest celebrations of culture and cinema.”

Having played a large hand to bring the IIFA ceremony to Tampa Bay; cardiologist, philanthropist, community leader and strong supporter of IIFA, Dr. Kiran Patel said, “I am glad to lend my support in whatever way possible to IIFA and the Indian film fraternity at large. The excitement is building up and we look forward to some extremely entertaining and memorable events. With the goodwill of our community we look forward to the grandest Indian cinema spectacle that the US has ever seen.”

Santiago Corrada, President and Chief Executive Officer of Visit Tampa Bay said, “We are extremely excited to join Wizcraft/IIFA in announcing the official dates, venues and the launch of ticket sales. Our teams have worked together diligently over the past six months to ensure a successful production in Tampa Bay.  This tour is just the beginning of a very exciting journey. Our entire region is enthusiastically preparing to welcome tens of thousands of visitors to our destination, and we look forward to serving as great hosts to the biggest and best International Indian Film Academy awards in history.”

Having travelled to some phenomenal destinations across the globe over the last 14 years, IIFA has graced the shores of the UK, Europe, Middle East, Southeast Asia, South Africa, Sri Lanka and Canada. Fans and enthusiasts of Indian Cinema from around the world can expect to see their favorite stars descend into Tampa Bay during the weekend and witness Indian Cinema’s most glorious event unfold in the city. With world-class infrastructure and facilities and having hosted a myriad of international concerts, events and the Super Bowl four times, Tampa Bay is the ideal choice for the 15th IIFA Weekend & Awards.

Mr. Andre Timmins, Director, Wizcraft International said, “We are looking forward to organizing the IIFA Weekend & Awards in the USA and exploring the wonderful new opportunities in this new territory for IIFA. With a focus to showcase the best of Indian cinema to the world, we are preparing for another spectacular edition this year including many exciting and entertaining events leading up to and including the IIFA Weekend. Anil Kapoor & Priyanka Chopra have been associated with IIFA for many years and it is a great pleasure to have them tour America with us as we officially announce details for IIFA 2014 in Tampa Bay.”

IIFA is a global platform that gives the Indian film fraternity an opportunity to reach audiences in international territories.  The alliances made via the platform of IIFA provide huge benefits and gain not only to India the host country as well. The aim is to establish a system of mutual benefit to both India as well as the host destinations by boosting tourism, economic development, trade, culture, cross-border investments and film co-productions.

Conceptualized and produced by Wizcraft International Entertainment Pvt. Ltd. and supported by the key members of the Indian film fraternity, IIFA is the most appreciated South Asian film academy. Also, the IIFA Awards is India’s biggest media event. With a viewership of almost 800 million, it is among the world’s most-watched annual entertainment events. From a one night celebration in 2000 at the Millennium Dome, London, the last thirteen years have seen the International Indian Film Academy (IIFA) movement grow into a cine-packed weekend of film-festivals, workshops, exhibitions, film-showcases, global business forums and sporting events, all of which climax into the highlight of the Weekend, the IIFA Awards. www.iifa.com