The 2nd IIFA US tour to visit New York, Houston, Tampa and Orlando IIFA Magic of the Movies tickets go on sale this Tuesday, 15th March on Ticketmaster

The International Indian Film Academy (IIFA) will visit the United States for a special multi-city promotional tour of New York, Houston, Tampa and Orlando from the 11th – 14th of March. Accompanying them is one of Indian cinema’s biggest names, actress Vidya Balan who will spread the word about the upcoming IIFA Celebrations presented by Freedom Health. The Videocon d2h IIFA Weekend 2015 will be held from the 23rd to the 26th of April in Tampa Bay. IIFA partnered US Bollywood Enterprise on the New York leg of the US promotional tour. 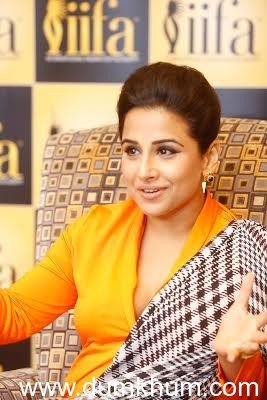 Actor, Vidya Balan said, “Having travelled to a number of exotic locales the world over, IIFA has made its mark on the map, educating the world about Indian Cinema. Going forward, I am very pleased to be a part of IIFA’s landmark journey, as they venture into the United States, in Tampa Bay. I am excited to be a part of the IIFA Master Class this year and look forward to engaging with my fans in the US.”

The IIFA Magic of the Movies and Technical Awards will highlight the music of world renowned musician, Ustaad Rahat Fateh Ali Khan. The Ustaad of Qawaali and Sufi music, Khan is famous for his unforgettable Bollywood chartbusters including Sajda (My Name is Khan), ‘Teri Ore’ (Singh is Kinng, ‘O Re Piya’ (Aaja Nachle), & ‘Jiya Dhadak Dhadak’ (Kalyug) to name a few. His famous international collaborations are Hollywood soundtracks Dead Man Walking, The Four Feathers and Apocalypto.

Indicating an overwhelming response across America, over 18,000 tickets across several categories have sold out for the Tata Motors IIFA Awards. To be held on April 26th in Tampa Bay, Florida. Sensing the excitement in the U.S., the organisers today announced a selection of tickets opening up for IIFA Magic of the Movies and Technical Awards to be held on the third day of the Videocon d2h IIFA Weekend (25th of April) at The MidFlorida Credit Union Amphitheatre. IIFA Magic of the Movies and Technical Awards will be a night of music, dance and awards, with performances from Kareena Kapoor Khan, Sonakshi Sinha, Farhan Akthar, Bipasha Basu and a special musical act by Pritam. The show will be hosted by Bollywood’s Nawab, Saif Ali Khan and actor-comedian Vir Das. Tickets for the same go on sale on www.ticketmaster.com, come Saturday, March 15th. 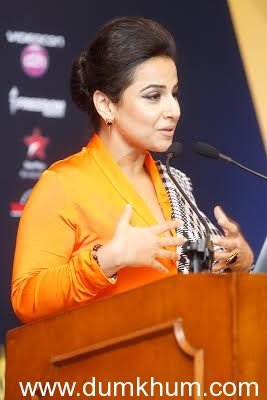 Additional unique events include the FICCI-IIFA Global Business Forum, an IIFA Masterclass with Vidya Balan and Kevin Spacey, among others and IIFA Stomp, a celebration by the Tampa Bay community to welcome IIFA on April 23rd – a unique celebration of Indian music, dance and cuisine in the Curtis Hixon Waterfont Park in Tampa. This open for general public event, will feature popular DJs led by Ravi Drums and Akbar Sami.

Having played a large hand to bring the IIFA ceremony to Tampa Bay; cardiologist, philanthropist, community leader and strong supporter of IIFA, Dr. Kiran Patel said, “As the excitement builds up, we are pleased to have Ms. Balan join us in the US. With the descend of Bollywood in Tampa Bay and the continued goodwill of the Indian community behind us we look forward to the grandest celebration of Indian cinema that the US will bear witness to.”

Sabbas Joseph, Director – Wizcraft International and IIFA said, “This is a momentous occasion indeed for IIFA and we are thrilled to be debuting in the United States. We have had an overwhelming response from the fans here and want them to experience the true magic of our cinema. IIFA has therefore decided to open up the Magic of the Movies to audiences. We trust that the partnership we have struck with Tampa Bay will lead to great benefits to both countries in terms of entertainment, trade and tourism.”

To add to the hype, the very exclusive IIFA VIP Corporate Hospitality Packages presents a privileged few, a once-in-a-lifetime opportunity to be a part of the dazzling action packed weekend. With 3 types of packages – platinum, gold and silver available, a range of exclusivities including  access to various events, star-studded after parties, green carpets and meet and greet opportunities with favourite stars await those who purchase them. To avail of the same, contact – [email protected]com

The International Indian Film Academy (IIFA) as a celebrated platform is known to take Indian Cinema on a global journey, generating unprecedented excitement and buzz around the world year after year for every upcoming IIFA celebration. Coming to the United States this year, the IIFA Weekend and Awards will take place in Tampa Bay, Florida from April 23- 26.

The Videocon D2H IIFA Weekend is presented by Videocon D2H and the Tata Motors IIFA Awards is presented by Tata Motors. The IIFA Weekend & Awards will be broadcast globally on Star Plus, for the 10th year running. Visit Tampa Bay is the Official Destination Partner for the IIFA Weekend and Awards 2014 and Visit Florida, a key partner. Freedom Health Insurance are co-presenting sponsors for the IIFA Celebrations, Tampa Electric Company (TECO), a sponsor of the unique community event of IIFA Stomp and Mosaic, a sponsor of FICCI – IIFA Global Business Forum.