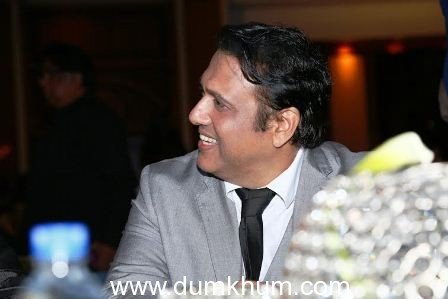 In a historic development, Marathi film industry’s biggest film festival is taking it on a global platform and in a unique avatar. The International Marathi Film Festival Awards (IMFFA) is a thematic film festival and award show that depicts the ethos, the essence and growth of the Marathi film world. Superstar Govinda unveiled the trophy and declared the list of nominations (Popular category) for the first edition of The International Marathi Film Festival Awards (IMFFA). 2013 was a fantastic year for Marathi Box-office. Amongst the major films of the year, bagging a maximum number of nods is the unconventional period drama, 72 Miles Ek Pravas, followed closely by the top grossing Duniyadari and the heart-wrenching Yellow with 7 and 5 nominations each, while the internationally-acclaimed Fandry has scored 3 nominations. Other notable films like Samarthya, Rege, Aajcha Divas Majha, Zapatlela 2 and Prem Mhanje Prem Mhanje Prem Asta (PMPMPA) have been nominated across various award categories.

It is a battle of the superstars in the leading role (Male) category with Swapnil Joshi (Duniyadari), Upendra Limaye (Yellow) and Ankush Chaudhary (Duniyadari) getting nominated. Acting giants like Mr Sayaji Shinde, Ms Reema and Mr Ravindra Mankani are part of the IMFAA jury. “It is a proud moment for Marathi cinema. The recent trends are encouraging and then we have story lines that not only have a great social value, but also are also entertaining. Some of the movies are beautifully crafted. I feel honoured to be a part of the IMFFA jury,” said Reema, 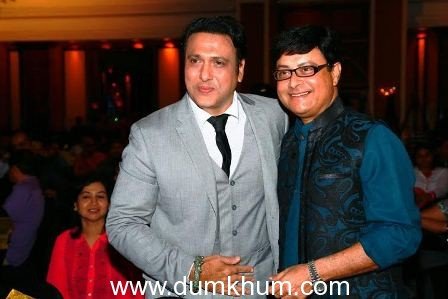 Stealing the limelight is the very beautiful Sai Tamhankar, who performance in Duniyadari has bagged her nomination for the lead role (Female) category. Equally impressive performers, Smita Tambe (72 Mail Ek Pravas), Veena Jamkar (Bhakharkhadi) are also nominated in this category.

The Best Director Nominees include a host of celebrated filmmakers like Nagraj Manjule (Fandry), Rajiv Patil (72 Mail Ek Pravas) and Chandrakant Kulkarni (Aajacha Divas Maza). One of the most awaited awards, the Best Film category, will witness 2013’s runway success’s Fandry, 72 Mail Ek Pravas, Aajacha Divas Maza, as they compete to win the much coveted title. Jeetendra Joshi (Duniyadari), Vaibhav Mangale (Time Pass) and Sunil Barve (Prem Mhanje Prem Mhanje Prem Asta) are in the fray for the title of the Best Performance in  a Negative Role.

“We are moving towards a phase where cinema is not mere entertainment, but a platform to express oneself. Most of the movies are so well-made and I’m glad that they are being felicitated in such a big way. IMFFA will get bigger and better in the coming days and I’m proud that we are part of the movement,” explained Jeetendra Thackeray, Director, A M Entertainment and Broadcasting Pvt Ltd.

IMFFA 2014 will play host to the most celebrated talents of the Marathi film industry, Bollywood celebrities, corporate chieftains, dignitaries from India. “It is a pleasure and honour to welcome and facilitate the Marathi film industry and their annual work in a global platform like IMFAA. We are geared up for an amazing and flamboyant nomination announcement,” added Mr Chidambar Rege, Director, A M Entertainment and Broadcasting Private Limited, the organisers of this show.

Marathi actor & director Vijay Patkar is part of the organising board along with the top filmmakers and directors like Amol Gupte, Ravi Jadhav, Mahesh Limaye and Sanjay Jadhav have come on board as IMFFA’s advisory panel. “In India, the understanding of Marathi cinema is restricted in Maharashtra and some parts of Madhya Pradesh. Marathi film industry is making wonderful cinema today, which needs a huge platform to showcase their talent and we are providing them that by nominating their annual work at an International level,”informed Mr Bhaskar Iyer, Director, A M Entertainment and Broadcasting Pvt Ltd.

Mr Nilesh Kulkarni, Director, A M Entertainment and Broadcasting Pvt Ltd said, “This year has been great for Marathi cinema and we are delighted to that all prominent movies have been nominated that have touched people.” The highlight of IMFFA 2014 is the integration of global acts on Star Cruise with Indian acts. Sandip Soparrkar, dancer and choreographer, will blend Salsa together in a Marathi flavor in the middle of the sea. Leading sitarist Niladri Kumar will blend Indian classical and fusion music in his performance and it touted to be the major attraction of IIMFA 2014.