THE FIRST EVER EDITION OF FORTUNE SUNFLOWER OIL IIFA UTSAVAM

Mumbai: The biggest celebration of South Indian cinema, the Fortune Sunflower Oil IIFA UTSAVAM co-powered by GIONEE smartphone and Renault- Passion for Life took over Hyderabad as the biggest megastars of the Tamil, Malayalam, Telugu and Kannada Film Industries descended for the celebrations on 24th & 25th January, 2016. The splendid extravaganza saw some of the year’s biggest films taking home the prestigious awards and incredible performances by South Indian film industry superstars. Two days of action packed, glitzy entertainment, came alive with the most prolific and biggest names congregating to revel in the success of the South Indian film industry. 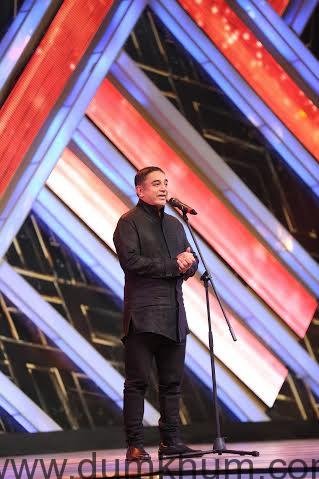 Kavya Madhavan opened the evening with a fantastic routine at the awards ceremony followed by superstar divas Shriya Saran, Adah Sharma, Tapsee Pannu, Mamta Mohandas and Nikki Galrani, who held the audience spell-bound with their stunning performances. Also, the dynamic star Bharath set the stage on fire with some incredible moves. Speaking about the success of the premiere edition of IIFA Utsavam, Andre Timmins- Director, Wizcraft International Entertainment said, “We are thrilled at the phenomenal success of the very first edition of IIFA Utsavam. Our dream to bring South Indian Cinema much deserved recognition and a global platform has finally come true. It is truly and honor to felicitate commendable individuals on their talent and hard work in the year gone by and we congratulate & wish all the winners the very best for their future projects. This is just the beginning, IIFA UTSAVAM is all geared up to create more milestones and leave cinema fans spellbound in years to come”

IIFA Utsavam awards presentation ceremony took place at the Gachibowli Outdoor Stadium in Hyderabad on January 24th and 25th. The dazzling Green carpet event featured popular stars of films and music, bringing together the biggest talent from across the South Indian industry.

The film awards extravaganza was scheduled to take place in December but was postponed due to the tragic calamity in Chennai last year. In solidarity with those affected by the floods, IIFA UTSAVAM had launched a huge campaign in aid of Chennai– ‘BE ONE FOR CHENNAI’ and made strenuous efforts toward helping the victims of the disaster. The large scale fund-raiser campaign was a huge success as it managed to garner funds in support of the city and all proceeds will be utilized toward relief and aid to those affected by the Chennai Floods.

IIFA Utsavam has been conceptualized to take South Indian Cinema to the world and will be a massive stride towards recognizing the increasing prominence of South Indian cinema across India & internationally.

An initiative by Wizcraft International Entertainment, IIFA Utsavam aims to recognize and commend the best across the South Indian film industry with a voting process based on a peer-to-peer recognition, members of the music industry encompassing industry stalwarts, music directors, producers, lyricists, singers, technicians, composers and leaders in the music business vote for winners across all the categories. The votes are then tabulated by KPMG, who are the process auditors for IIFA Utsavam, after which the winners are determined.

The Fortune Sunflower Oil IIFA UTSAVAM will be telecasted on Sun Network.