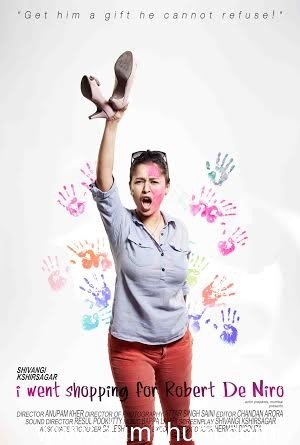 The actor is also scheduled to conduct an Acting Workshop as a part of the IIFA Celebrations in Tampa.

Recognising the immense potential of Indian movies to cross boundaries and gain recognition as world class cinema, the International Indian Film Academy (IIFA) will screen the directorial venture of renowned Indian and International actor, Anupam Kher which would be preceded by an acting workshop for the students of the University of South Florida. India’s biggest celebration of cinema- the 15th VIDEOCON D2H IIFA Weekend and the Tata Motors IIFA Awards are all set to take place at Tampa Bay, Florida from April 23rd– 26th, 2014.

Having contributed immensely to the world of cinema in the last 30 years, Anupam Kher is undoubtedly one of the finest actors Indian cinema has ever seen. Kher has proved his mettle time and again playing diverse roles in over 460 films and numerous theatre productions. He has been a part of many Hindi-cinema classics, including A Wednesday, Lamhe, Khosla Ka Ghosla, Special 26, Dilwale Dulhania Le Jayenge,  among others. Kher has also been a part of a number of crossover and mainstream Hollywood films including Midnight’s Children, Bend It Like Beckham, Bride & Prejudice, Woody Allen’s You Will Meet A Tall Dark Stranger and the Oscar nominated movie, Silver Linings Playbook. The actor currently runs India’s finest acting school – ACTOR PREPARES.

Titled I WENT SHOPPING FOR ROBERT DE NIRO, Anupam Kher’s short film will have a World Premiere at IIFA on the 2nd day of the Videocon D2H IIFA Weekend. The premiere will be open to celebrities from the Indian film fraternity, who will be seen attending the screening and lending support to the veteran actor. Through the film, Kher has paid tribute to iconic Hollywood actor Robert De Niro, his co-star from the Oscar nominated film- Silver Linings Playbook. The film’s writer and main actor, Shivangi Kshirsagar, who actually did go shopping for De Niro describes the film as wild, feminine, and brazen. She portrays the role of the girl who goes shopping for De Niro in the short-film and has tried to best represent what she has seen of De Niro’s work in the 29-minute short film.

Actor, Anupam Kher spoke of the film saying, “The film has had an exciting journey which came a sort of full circle for us on 10th November, 2013, when Mr De Niro visited our (acting) school and met the team. It was a very special occasion and I invited some prominent actors and directors from the Indian film industry to meet him. It was fun to watch some of our biggest stars sit around him – like students who crowd around their guru — while De Niro patiently answered questions about his work, characters, scripts, co-actors, his films, his associations with filmmakers, etc. He graciously signed books, pictures and DVDs for everyone. It was such a memorable evening. He wrote a note for my students and teachers as well.”

“Having the World Premiere at IIFA in Tampa, Florida, showcases in essence the spirit of the short film, where a group of Indian artists pay tribute to the American legend, as India celebrates the centenary of Indian Cinema this year,” added Kher, who is sharing his craft through the acting workshop at IIFA Awards 2014, Tampa Florida.

Speaking on the acting workshop and premiere, Andre Timmins, Director – Wizcraft International & IIFA said, “IIFA has long endeavoured to introduce the short film into the Weekend. We want to promote different films and give opportunities to students to be a part of the Indian cinema and IIFA experience. We look forward to screening ‘I went shopping for Robert De Niro’. We believe it will showcase both Indian and American aspects, making it a perfect premiere for IIFA in the United States and a catalyst for cinematic exchange.”

Mr Kher’s acting workshop, based on the techniques perfected at his acting studio Actor Prepares in Mumbai, was a major success at earlier IIFA celebrations and is a must-attend event in the Videocon D2H IIFA Weekend calendar. Led by the veteran actor, the Acting Workshop aims at helping acting enthusiasts decipher the craft of performance and dramatics while tapping into the potential of many a budding actor. The workshop will also throw light on various topics on Indian cinema and will provide guidance to those seeking a professional career within the acting fraternity. The workshop on the 24th of April is open to students of USF.