New Delhi, International Film Festival of India (IFFI), one of the biggest film festivals of Asia, brings on board the four-time National Award winner production designer Sabu Cyril who would be designing all the sets for different components of the 46th International Film Festival of India. The festival has associated with India’s most celebrated production designer to make IFFI 2015 a spectacular event with inspiring designs. Right from the motif of the peacock as the logo for the festival to creating an appealing ambience at different event venues for delegates in Goa, he will be bringing alive cinema in different shades at the 46th IFFI to be held from 20th November to 30th November 2015 in Goa. 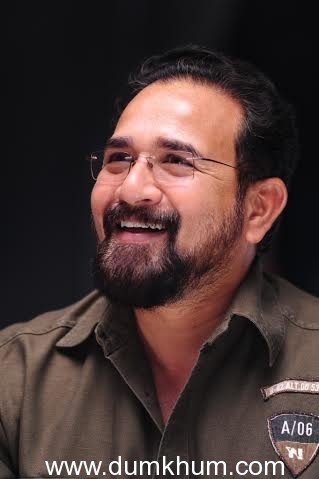 Speaking about his association with IFFI 2015, Sabu Cyril said, “I am very pleased to be a part of one of the biggest film festivals of Asia. In a commercially competitive world of filmmaking, the International Film Festival of India is doing a great job of promoting aesthetically rich Indian films, which are no less than a masterpiece in the context of cinematography and art direction. It feels good to handle the creative responsibilities of one of the prestigious film festivals in the world. IFFI is a great platform for aspiring as well as established filmmakers to showcase their talent to global audience and let them experience the creativity of Indian cinema.”

Sabu Cyril began his production designing career in 1988 and till date has directed more than 2500 advertisements, 3 tele serials and 115 feature films in various languages. In 1996, he directed the stage design for the Miss World beauty pageant. Over the years, he has revolutionized the role of production designer in Indian film production to bring it at par with international film industries like Hollywood.

IFFI has been instrumental in showcasing Indian cinema to the world and keeps adding new elements to each edition to make audience’s experience unforgettable. Since 2011, India’s top art directors have been leading the design team of IFFI that includes Thota Tharani, Nitin Desai, Pulak Gogoi and Sushant Tari.

Mr. C. Senthil Rajan, Director, DFF, said, “We are delighted to have Mr. Sabu Cyril on board for IFFI 2015. He is a perfect combination of great credentials and imaginative skills and has been a part of some of the best and globally renowned Indian films. Under his creative guidance, I am sure the 46th IFFI would be a wonderful journey of visual opulence that will impress the film lovers across the globe.”

To be held from 20th November 2015 to 30th November 2015 at the quaint beach town of Goa, the ‘46th International Film Festival of India’ is all set to become more global and International this year. The ten day cinematic fiesta of films, celebrities, glamour and cinematic excellence will showcase movies across sections including Indian and International Panorama, Indian and Foreign Retrospectives, tributes, special focus, workshops, short films, Master Classes and the Film Bazaar etc.