I want to do all kinds of films as long as it’s a role that excites me” says Yami Gautam Dhar! 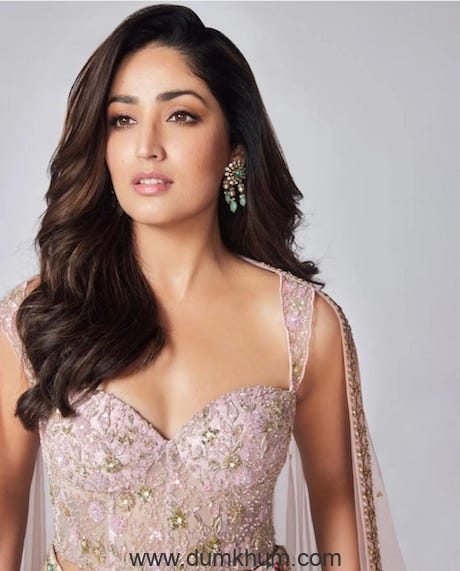 Yami Gautam Dhar has enjoyed a decade-long career in Bollywood but lately, she has been climbing the peak of her career by delivering phenomenal performances. The actress has totally hit the ball out of the park with films like ‘A Thursday’ and ‘Dasvi’ in the year 2022. She has cemented her status as a heavyweight in the industry and a force to be reckoned with her recent success in the field.
Recently, Yami Gautam Dhar talked about that one character that she relates to the most in an interview with a leading magazine. While talking about her role ‘Naina’ in her super hit film of the year she says, “My character in A Thursday is something that I have a strong connection with, not because I identify with [Naina] on a personal level, but because I had to give a lot of myself to it.”
On being asked about the kind of roles that she is more interested to do lately, she replies, “I want to do all kinds of films as long as it’s a role that excites me and gives me something to bite into. I also don’t plan things. I like being surprised”
2022 has been a standout year for Yami Gautam as she has given films like ‘A Thursday’, and ‘Dasvi’ along with the premiere of her recent film ‘Lost’ which opened at Chicago South Asian Film Festival and won a standing ovation from the audience. Meanwhile, on her plate ahead, she has more power packed performances lined up with projects like ‘Chor Nikal Ke Bhaga’ which is also all set to hit the digital screens this year itself, as Yami’s 4th release of 2022, she will also be seen in ‘OMG2’ and ‘Dhoom Dham’ among other unannounced projects.