I always try to make a film

Based on a true story -Sohail Tatari 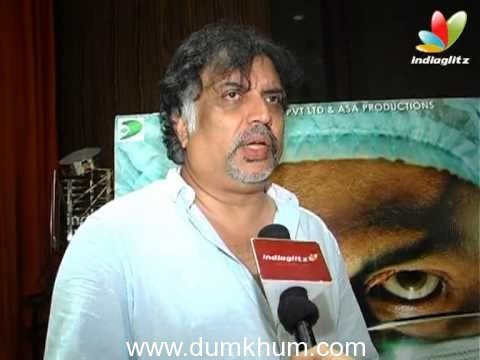 Ankur Arora Murder Case is One of the most awaited film for director Sohail Tatari. The film is based on a true story. The film will take the audience from an Operation theatre to the Court room. Director Sohail Tatari has tried to show that just because of a doctor’s ignorance a boy loses his life on the operation table itself. Sohail has directed the movie Summer 2007, which was based on the suicides committed by the farmers of Maharashtra.

Sohail always tries to make films which have a serious topic. On asking for the reason he says, “The topics which shows the true face of the society are always close to my heart. I always try to make films which will create an awareness in my audience.” On being asked ‘Do you think people learn from the films’, Sohail says, “I don’t want to educate the people, they know everything. All I have to do is help them remember things. Being related to films, I try my best to make people aware.”

‘Tell us about Ankur Arora Murder Case?’ “We all get ill and when we do, we go to the doctor. We consider a doctor after the almighty. But when a doctor neglects some things, the situation gets bad and people lose their lives. I have shown similar things in my film” says Sohail Tatari.

When asked ‘Will the audience like the film?’ Sohail stated,I think the audience will definitely like the film and it will touch their heart.” With banners like BVG films, ASA Productions and Enterprises, Dhanraj Films Pvt. Ltd. Produced and written by Vikram Bhatt and having talented star cast like Kay. Kay. Menon, Arjun Mathur, Tisca Chopra, Vishakha Singh, and Paoli Dam, the film is bound to make the desired impact.

“After Summer 2007, you waited for a long time to make this film, why is that so?” to which he replies, “It’s because, the film is based on a true story and it took a long time to research on the subject. And moreover, you need time to make a good film! I have made this film with full honesty and have tried my level in order  that this real story will reach everyone.”