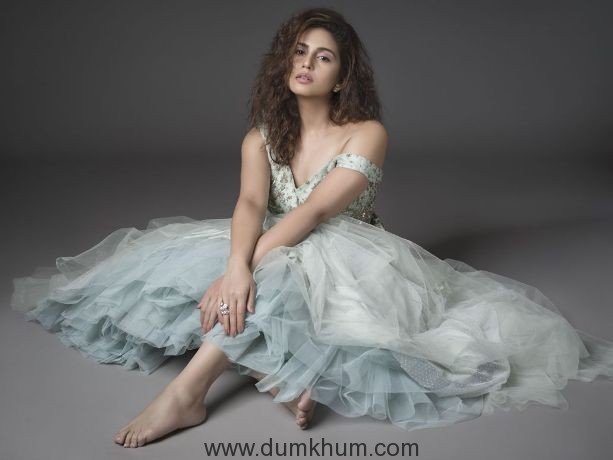 Huma Qureshi’s debut international film Viceroy’s House is fast becoming the talk of the town . The film is all set to premiere at the Berlinale 2017.  Directed by acclaimed director Gurinder Chaddha ( of Bend it like Beckham fame) this large canvas period film is a historical drama as well as a sweeping love story. Viceroy’s House marks Huma’s big Hollywood debut.
Huma essays the role of Aalia, a Muslim interpreter to the last Viceroy of India played by Hugh Bonaville and his wife played by Gillian Anderson. The star also features in a strong love story ,where she and 100 Foot Journey star Manish Dayal find themselves caught up in the seismic end of the Empire, in conflict with the Mountbattens and with their own communities, but never ever giving up hope. The gorgeous star left audiences asking for more as the trailer of the historical drama gave them a sneak-peek of what’s to come.
Huma is no stranger to international festivals as this will be her third film to be screened at one. Her debut film Gangs of Wasseypur was screened at the Cannes Film Festival 2012 and Dedh Ishqiya ,was also screened at Berlin in 2014.
Viceroy’s House is an official selection at Berlinale 2017 and will have its worldwide premiere at the festival. Huma will join the Gurinder and rest of the cast in Berlin ,immediately after wrapping up promotions of her upcoming film Jolly LLB 2.
Says a source , ” Huma has always had the knack of balancing great content with commercial cinema .After Jolly LLB 2, she will head to Berlin to promote Viceroy’s House with the rest of the key cast.The actress has an exciting year ahead and for good reason, as both her films Jolly LLB 2 and Viceroy’s House are highly anticipated and popularly spoken about”.