Hrithik Roshan to perform stunts on his own. 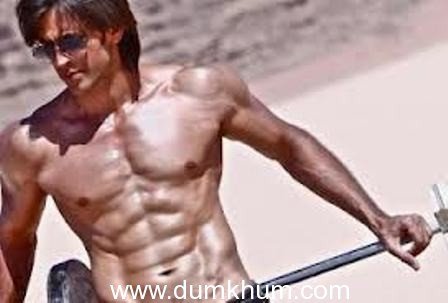 There were reports saying that Hrithik Roshan will use a body double for his stunts in his next Bang Bang.
An Insider says Body doubles have been arranged for Hrithik keeping in mind his brain surgery  But when Hrithik Reached Shimla he was not happy with the scenes so he wanted to shoot it himself. The body doubles will be available on sets all the time. Hrithik will do the action sequences on his own. The stunts are designed by Andy Armstrong who was working on Spider Man 2.
The insider further adds that Hrithik has always done his own stunts and he does not  like body doubles.
All the stunts are designed in the unique way making it interesting for Hrithik to do it on his own. Everyone is fine with Hrithik’s decision.