How Ritika Singh bagged the lead role in ‘Saala Khadoos’. 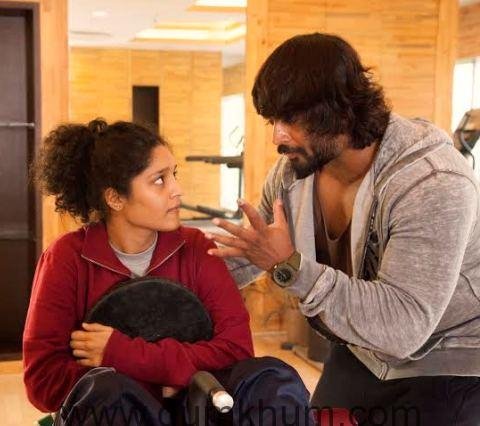 Teen boxer Ritika Singh was chosen from amongst 100 athletes for the lead role in Rajkumar Hirani’s next- ‘Saala Khadoos’.

R MADHAVAN, who will be seen next in Rajkumar Hirani’s Saala Khadoos, recently remarked that the toughest part for the makers was finding a female boxer who could act too. The casting was very tough and  Ritika Singh was shortlisted only after the casting team had a ringside view of 700- odd duels and had auditioned nearly 100 athletes.

Spokesperson of the film says “ Hirani chose a national level boxer over an actress to play the lead role. He felt the fights required stamina and intensity, and only a real boxer could make them look real. So, the entire team set out on a hunt for one. They auditioned over 100 boxers and attended over 700 boxing matches all over the country, before they finalised the female lead.”

The auditions spanned for a couple of months and the makers found Ritika perfect for the role. The national- level kickboxer holds a black belt in karate and is also trained in mixed martial arts. Madhavan will be seen as her coach — a taskmaster. At a recent media interaction, The prolific Director and Producer, Rajkumar Hirani admitted that he was apprehensive about casting a boxer as the lead heroine, but after watching Ritika’s audition tape the team was confident about her.

Saala Khadoos is a film by Rajkumar Hirani Films & Tricolour Films in association with UTV Motion Pictures and is directed by Sudha Kongara.