Hollywood actress of Indian origin, Devika Bhise, who’s getting rave reviews for her power-packed performance in upcoming biographical drama, The Man Who Knew Infinity, which is based on the life of mathematical genius Srinivasa Ramanujan, says that she wouldn’t mind doing a Bollywood film, provided she gets the right script.

The actress, who plays Ramanujan’s wife Janaki in the movie, is quite intrigued with Bollywood and wouldn’t mind doing a Hindi film. When asked, if she would want to work in a Bollywood film, Devika Bhise said, “Bollywood is such an interesting place and the roles and the movies that are being created, have definitely changed over the last couple of years and are continuing to change so, I think, if I get the right project, I would definitely want to do that. As of now, I haven’t read any script that I have loved.” 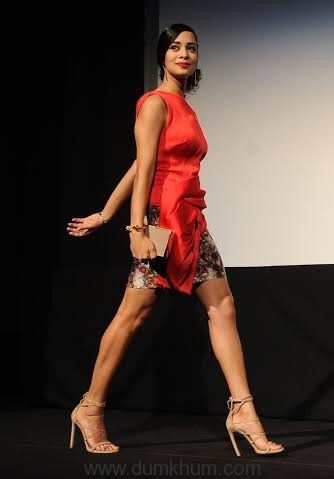 When asked to name a Bollywood actor she would want to work with, the actress said, “There are a lot of great Bollywood actors but I think one of the problems is that these actors accept every role that they get and as a result, they do roles after roles, instead of immersing themselves into their characters. Aamir Khan, I think is an amazing actor and he is choosy about his roles. Everything that I have watched him in, he has done an excellent job and therefore, I would like to work with him. Hrithik Roshan too is a great actor and he is also very handsome (laughs).” When quizzed about the Indian directors she aspires to work with, Bhise said, “I would love to work with Rajkumar Hirani, Sanjay Leela Bhansali and Rakeysh Omprakash Mehra.”

An Edward R. Pressman/Animus Films production in association with Cayenne Pepper Productions, The Man Who Knew Infinity, starring Dev Patel, Jeremy Irons, Devika Bhise, Stephen Fry, Toby Jones and Arundhati Nag, has been written and directed by Matthew Brown and is slated to release, in English and Tamil, on April 29, 2016.