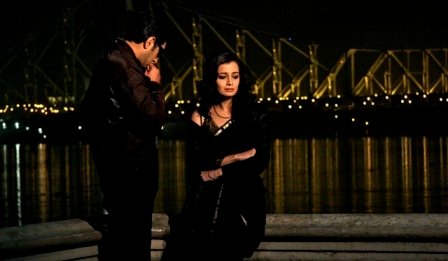 They have been partners in rhyme for almost a decade now. From Hazaaron Khwaishein Aisi to Parineeta to Lago Raho Munnabhai to 3 Idiots, music director Shantanu Moitra and lyricist Swanand Kirkire have always created unforgettable soundtracks together. And now they have woven their magic in a Bengali film. Paanch Adhyay is not only Dia Mirza’s first Bengali film, it is also the first Bengali film for the hit jodi of Shantanu-Swanand.
“Although Paanch Adhyay is a Bengali film, since Dia plays a half-Bengali girl named Ishita, there was an opportunity to look at things from her point of view and create a Hindi song,” says Shantanu. Swanand wrote the song Rahoon tere peechhe and that has been sung by Kaushiki Chakrabarty, who was recently heard on MTV Coke Studio. 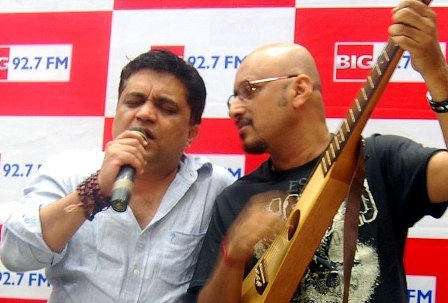 That’s not all, Swanand’s also written another song for the film called Uda jaaye, which he has sung himself. Says Paanch Adhyay’s writer-director Pratim D. Gupta: “I showed Swanand a part of the film and he came up with a couple of lines that summed up the core thought beautifully. Shantanu and I both instantly decided that he has to sing the track for the film.”
The Paanch Adhyay soundtrack also marks a lot of other firsts. It features the first Bengali film song for Shubha Mudgal, the first Bengali song for Ash King (Dil gira dafatan, Te amo, Auntyji auntyji) and an English song by the one and only Usha Uthup. The album also features songs by Shaan and Shreya Ghoshal. The four Bengali songs have been penned by the National Award-winning lyricist duo of Anindya Chatterjee and Chandril Bhattacharya, while the English track has been written by Pratim himself.

Paanch Adhyay, starring Priyanshu Chatterjee and Dia Mirza, is a romantic drama coming soon at a theatre near you.