Himesh Reshammiya still takes his fathers approval on every song he composes. 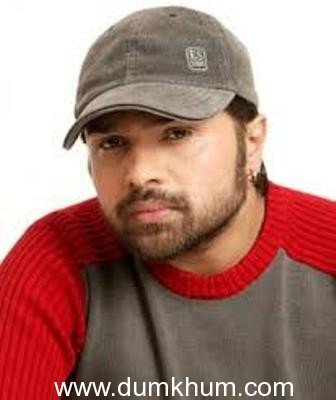 Himesh Reshammiya, is a equal mixture of creativity and business, he is also emotional and commercial success of anything he does is of prime importance.He has salman khan as his brother after losing his elder brother  to a brain haemorrhage. He is a follower of Shrinathji while,‘Jai Mata Di’ is his favourite slogan. he loves his father the most in the world who is also his guru. Ahead is their upcoming production The Xposé in which Himesh plays the lead role.
CONVERSATION WITH VIPIN RESHAMMIYA:

How did Himesh get his first break?
Himesh would make me so proud even as a child. He was just six years old when he would come and listen to me composing. Even as a child of six, he would sing the song with his own innovation. I buried my ambition of becoming a music director and concentrated only on him and taught him music. I introduced the electronic keyboard in India and would play with all music directors. I had enough money and started producing films.God was always kind to me.When Himesh started composing music, even if I was sleeping, he would come to me at 3 at night and ask me to listen what he has made.I had signed a film with Salman Khan and he would come home everyday the film didn’t happen but he became good friends with Himesh and loved his compositions. At the time of Pyaar Kiya To Darna Kya he remembered those compositions, and Himesh got his first break.


How is Himesh as a son?
He is a wonderful and very loving with good sanskar. Even after his success, every morning he touches my and my wifes feet, and then do his suryanamaskar on the terrace, again come and touch our feet and then start his day. He is my obsession,he is a wonderful soul and a sympathetic person.If a fellow musician comes and asks for help, he will not hesitate at all and will instantly help.
CONVERSATION WITH HIMESH RESHAMMIYA:

Do you believe in destiny?
My father was a top musician of his time.I had an older brother Jayesh, who died due to a brain haemorrhage when he was 21. My dad had started producing films and he had started a production company for him only. I just told my dad that I am there and decided that I would always be with my dad. I have been only focused on working. By the age of 16, I had 300 tunes which I had composed and were with me. I started as a music director of a Gujarati TV serial then a serial Andaaz came on Zee TV as producer. I got my first break at 25 as a music director with Pyaar Kiya To Darna Kya. I owe my break to the complete Khan family, be it Salman bhai, Salim sahab and Sohail bhai. Then my first song as singer Aashiq Banaya Aapne got a Filmfare.More than talent, it has been destiny for me.I got my brother’s and my father’s blessing.The truth is that it is destiny and some blessings that work in your favour.
How did you lose so much weight?
I lost 20 kgs over 6 months. I do heavy workout and don’t eat between 9pm and 10am. I was a vegetarian but have started eating grilled chicken for my protein intake
.
Your experience of working with Yo Yo Honey Singh in The Xposé?
He is the highlight in the film and will be a very loved negative guy after the film is released. He is a man of heart and I know him from before he became Yo Yo Honey Singh. We used to talk and wanted to collaborate.

Did it bother you when people took digs at your nasal singing?
I feel every person has their own point of view. I value commercial success a lot. I enjoy composing the most as that is my core competency. The things I do, I am trying.

Many singers grudge that music composers are today singing their own songs. What is your view?
When the composer sings it, the soul of the song is there, which sometimes may not come out of the singer.Producers and superstars are not going to take it on the music director’s voice if they feel it won’t work. So if singers feel why are they singing their own songs, it’s because those songs are doing well.
Who do you love the most in the world?
100% my dad who is my guru. My music is a reflection of him. His love for me is unconditional. I still take his approval on every song that I make. I feel when if he gives the song his blessings, it will become a hit. I feel blessed to have him. He invested his life behind me and was always confident about me.