Here is the first look of Raakh and it is the perfect blend of emotion and mystery! 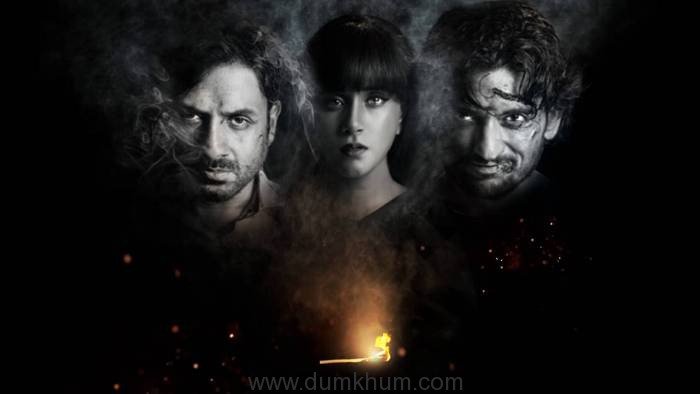 The makers of the upcoming short film ‘Raakh’ have finally revealed the first look of the film. Written and Directed by Milap Zaveri ‘Raakh’ is a thriller starring Richa Chadha, Vir Das and Shaad Randhawa. The film is presented by Officer’s Choice Blue and is set to release online on 7th November, 2016!
The motion poster justifies the title Raakh: Ashes to Ashes, as we see the actor’s faces being revealed from the smoke of a burning match stick. The first look of the short film has been launched on the auspicious day of Dusshera to emphasise that ‘Evil will Burn’.
What catches our attention is the song playing in the background, in the melodious voice of singing maestro Sonu Nigam. This is the first time that the singer has lent his voice for a short film and from what we hear it seems to be an emotionally stirring song. Composed by Raju Singh and Lyrics penned by Rashmi Virag this song is scheduled to be out soon!
The glimpses of mystery, emotion and melody presented in the first look have certainly built the curiosity of the audiences and one cannot wait to watch what is in store!
Watch the first glimpse to the saga reveal here: http://
In association with Milap’s Write Direction FILMS, the short film is produced by Sandeep Kewlani (S.K. Productions), Vardhaman Choksi (Empire Films) and Prachi Thadhani (Waterlilly Films).