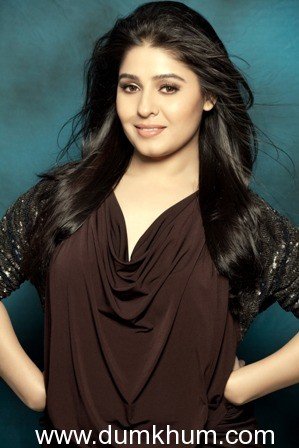 Sunidhi Chauhan and her husband Hitesh Sonik, who is the music composer for Amole Gupte’s Hawaa Hawaai, have collaborated for first time post marriage for a song. Interestingly, Sunidhi will also be seen on camera shaking a leg with Saqib Saleem, Partho Gupte and other kids for this peppy track composed by her husband.

Hitesh says, “ It’s a fun song called ‘Ghum gayi’. There are also four more songs in the movie. Every song has its own world, and this song is a little different as it comes in a crucial scene and also the scope of this video is a strong part of this movie,”

Further Hitesh says “We wanted someone who can sing the song with energy and at the same time, we also wanted to keep the innocence of the song alive. We thought that Sunidhi is someone who can perfectly do this. So we decided to offer a song to her and she has sung it brilliantly”.