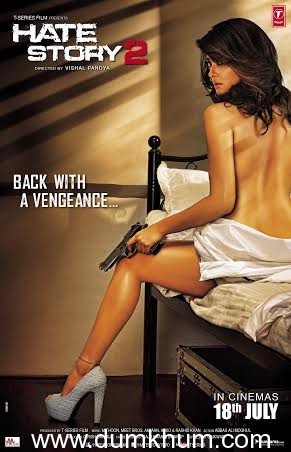 When asked about Jay and Surveen’s chemistry in Dayavaan song ‘Aaj fir tumpe pyaar aaya he’ which is recreated in Hate story 2, Surveen says “Firstly it’s a very beautiful song and both has different level. Mr. Vinod Khanna and Madhuri Dixit had great chemistry and we cannot compare to it. But the song is so beautiful that chemistry is created on its own.” Further Jay adds, “I did this Film as I was getting to do this song.” Also when asked Surveen about doing such bold scene in her debut film, she says, “I am comfortable in my skin and have no problem to show it, the bold scenes and the sensuous part was need of the Script.” 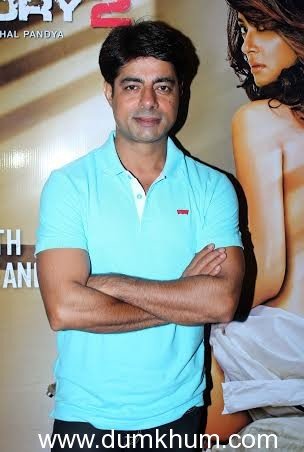 Hate Story 2, starring Surveen Chawla, Jay Bhanushali, Sushant Singh and Siddharth Kher, is written by Mahesh Bhatt. and the music is by Mithoon, Rashid Khan, Arok and Vijay Tiwari. Hate Story 2 is a thriller franchise and showcases women “as no longer weaker sex”. Hate Story 2, directed by Vishal Pandya is a franchise of the Hate Story. It marks the debut of TV actors Jay Bhanushali and Surveen Chawla along with the antagonist Sushant Singh. Produced by T-series the movie is a revenge thriller with Surveen Chawla playing the protagonist in a complete new bold, sexy avatar and is willing to cross any boundaries to take revenge for her lover’s (Jay) death. The bold film is noted for its frank portrayal of sex and explicit language. Hate story 2 goes further into the murky world of Mumbai’s dirty politics. The plot thickens with even more bold content and the director hopes to push the envelope with the film into the grey shades that Bollywood rarely explores – the politics of sex.

Hate Story 2 produced by T-series and is slated for July 17th, 2014 release