Hasee Toh Phasee off to a flying start ! 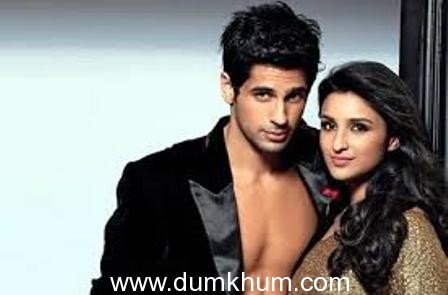 Dharma Productions & Phantom Films’ cuckin frazy Hasee Toh Phasee that released 7th February, opened nationwide only to be received with unanimously rave reviews and a steady growth at the box office,now standing at an approximate 18.5 crores as of yesterday.

Directed by Vinil Mathew,the Sidharth Malhotra – Parineeti Chopra starrer gained momentum at the domestic box office , with multiplexes seeing a huge jump on the 2nd day thanks to the positive word of mouth.

Adds Anil Thadani,” Though HTP started on a slow note on friday, the film picked up on saturday and sunday(4.92,6.30,7.30 cr respectively) and the figures today are stable as well .The word of mouth for the film is also really good, it should do well this week as well

If that wasn’t all,the film’s overseas collection too have been encouraging especially in centers like UK,UAE , US and Australia.

Say Mahesh Ramanathan ,COO Reliance, “We are delighted at the strong reliable numbers of the film in the overseas market .Reliance Entertainment released the film in 35 countries internationally.The impending success of the film globally stands testimony to how films can push above their weight when 2 powerful banners collaborate.The film collected over 1million dollars in the US over the weekend”.