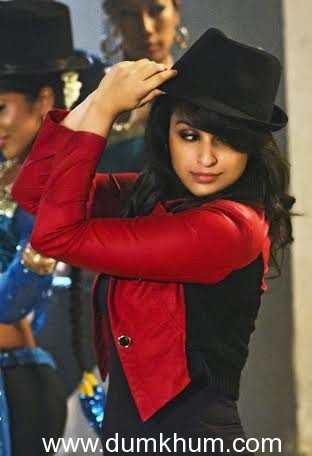 Though Parineeti Chopra made her Bollywood debut with  YRF’s ‘Ladies v/s Ricky Bahl’, which had an ensemble starcast, the actress stood out with her noteworthy performance followed by the banner’s next Ishaqzaade and Shuddh Desi Romance that went on to establish her a household name .

The powerhouse actress, now steps into the shoes of the quirky crazy Meeta in Dharma Productions & Phantom Films’ Hasee Toh Phasee, her first outside the Yash Raj banner.

While Parineeti Chopra was approached for several projects, the actress chose the “cucking frazy” film opposite Sidharth Malhotra given that she loved the script and was really excited to be doing something this versatile yet relatable. If that wasn’t all,the actress was also director Vinil Mathew’s first choice for the role .

All praise for the actress, Vinil says, “Parineeti was my first choice for the role of Meeta as I felt that she alone could pull off the quirkiness that the character required. She is quite a hard-working actress and has done a great job with this film.”

Says Parineeti Chopra, “ Hasee Toh Phasee hooked me completely. I had to stay very focused. It is very easy in a romcom to either play a shy or a bubbly girl with a love story in the backdrop along with lovely songs and climax.”

Karan Johar says, “This is Parineeti’s most unusual role till date.When you watch the film you will see a very different Parineeti”.