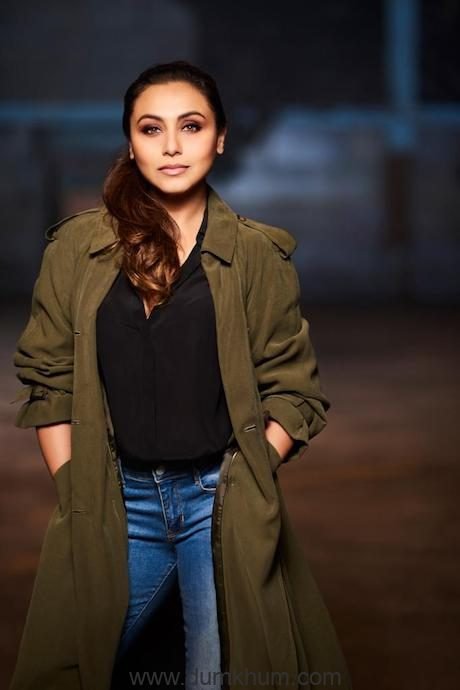 Marking her debut as an author, powerhouse actor Rani Mukerji tells it all in her candid, intimate autobiography set for release on her birthday, March 21, 2023!
A sure-shot treat for her fans and readers, the memoir is a deeply personal, disarmingly honest account of Rani’s inspiring journey. It will give readers a look into the Bollywood icon’s life like never before.
HarperCollins India is delighted to announce the acquisition of actor Rani Mukerji’s autobiography to be published on March 21, 2023.
Rani Mukerji says, ‘In the 25 years that I have so lovingly spent in the Indian film industry, I have never spoken my heart out about my life and my journey in cinema. As women in cinema, we are constantly judged and the book delves into my personal trials and tribulations and the impact it had on me, as I navigated the industry and my career. I haven’t had the time to pause, look back on my life, retrospectively and introspectively. This memoir was my way of reminiscing what I have been through right from my childhood. This one’s for my fans and for every single person who has given me boundless love and kept me grounded. I look forward to their reactions when this book releases on my birthday next year, making the day even more special!’
Bushra Ahmed, Senior Commissioning Editor, HarperCollins India, says, ‘For many of us who grew up in the 2000s, Rani Mukerji was everything an actor should be: beautiful, refreshingly different and a compelling performer. She belongs to that time in cinema when stars sparkled on the silver screen without the razzle-dazzle of social media fame; an actor who stands on the might of her powerful portrayals of women in her films. This memoir is a treat for readers and we couldn’t be happier that she has chosen HarperCollins to publish her memoir with.’
About the author – Rani Mukerji
It seems only yesterday that she smiled her way into filmdom but Rani Mukerji has been enthralling us for over two decades now. With unforgettable performances in memorable films like Black, Veer-Zaara, Yuva, Kuch Kuch Hota Hai, No One Killed Jessica, Mardaani and Hichki, to name a few, she has received countless awards and accolades. Rani has given the film industry some of its biggest hits and most influential female protagonists.
About HarperCollins Publishers India
HarperCollins Publishers India is a subsidiary of HarperCollins Publishers. HarperCollins Publishers India publishes some of the finest writers from the Indian Subcontinent and around the world, publishing approximately 200 new books every year, with a print and digital catalogue of more than 2,000 titles across 10 imprints. Its authors have won almost every major literary award including the Man Booker Prize, JCB Prize, DSC Prize, New India Foundation Award, Atta Galatta Prize, Shakti Bhatt Prize, Gourmand Cookbook Award, Publishing Next Award, Tata Literature Live Award, Gaja Capital Business Book Prize, BICW Award, Sushila Devi Award, Prabha Khaitan Woman’s Voice Award, Sahitya Akademi Award and Crossword Book Award. HarperCollins Publishers India also represents some of the finest publishers in the world including Oneworld, Bonnier Zaffre, Usborne, Dover and Lonely Planet. HarperCollins Publishers India is also the only publisher to have been awarded the Publisher of the Year Award three times: at Publishing Next in 2015, and at Tata Literature Live! in 2016 and 2018.