The film to release on 12th September 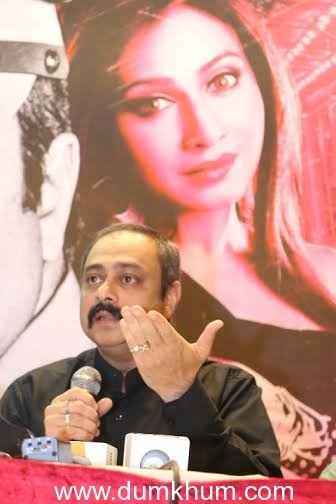 Of late, Marathi Cinema has attracted many stalwarts from Hindi film industry on the strength of its content and commercial success. Veteran producer-director Guddu Dhanoa is also all set to make his debut in Marathi with his first venture ‘Gulabi’. To be released on 12th September across Maharashtra, ‘Gulabi’ is an explosive love story of an upright police officer and a bar dancer. Guddu Dhanoa who has to his credit many blockbusters such as Ziddi, Salakhein, Bichhoo, Aflatun and Deewana, is all geared up for his first Marathi film. ‘I have been wanting to make a film in Marathi for many years and when a subject like ‘Gulabi’ came my way, I immediately lapped it up. Fortunately I also got good star-cast and technicians on board and that made my job easy.’ Written by national award winning writer Sanjay Chauhan who is known for writing such hard hitting films as ‘Paan Singh Tomar’ & ‘Saheb, Biwi aur Gangster’ and a beautiful film like ‘I am Kalam’, ‘Gulabi’ stars Sachin Khedekar, Pakhi Hegde, Vinit Sharma and late Vinay Apte. After making her debut in an author backed role in ‘Sat na Gat’, Pakhi has again excelled in yet another powerful role. Songs have been penned by Maya Govind and M. Prakash while music has been composed by ‘ole ole’ fame Dilip sen and Satok singh Dhalival. Cinematography has been done by Raju Keji. The film has been produced by Santosh Dhanoa, Aniket Karnik and Renuka Karnik under the banner of ‘Jai Maharashtra Films’.