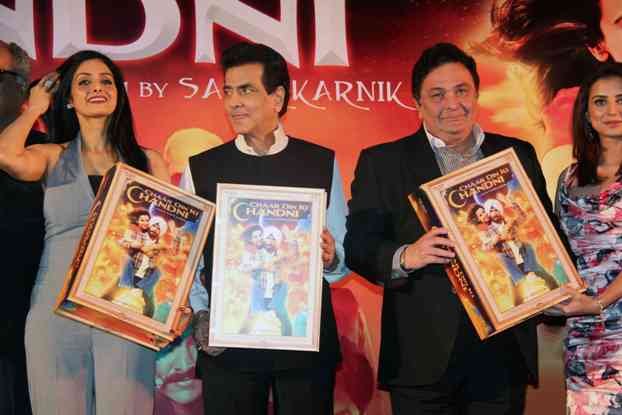 It was an evening to remember for more than one reason. As it is nowadays a practice, it started way beyond the designated time, but nobody complained as yesteryears star attraction Sridevi who was to unveil the album along with Rishi kapoor and Jeetendra, who were very much in their seat but our star of the moment had got stuck in the evergrowing menace of traffic jam. With all due credit to Sridevi and Boney Kapoor, they left their car in mid traffic and walked all the way to the venue to keep the date with all and sundry waiting for the big moment. By that time the media and the guests had an all consuming time taking in the colorful musical clippings being shown in quick succession. Tusshar was in his elements and appeared quite upbeat about the film and was seen interacting with one and all along with his costar Kulraj Randhawa. The whole star cast including Anupam Kher, Chandrachur Singh, Johny Lever, Sushant Singh, Anita Raaj, Mukul Dev, were seen having a jolly good time. Samir Karnik as the producer and director seemed to be here there everywhere taking care of his whole team and media and the guests at large. All in all an evening to cherish and enjoy, which ended on a musical note ! 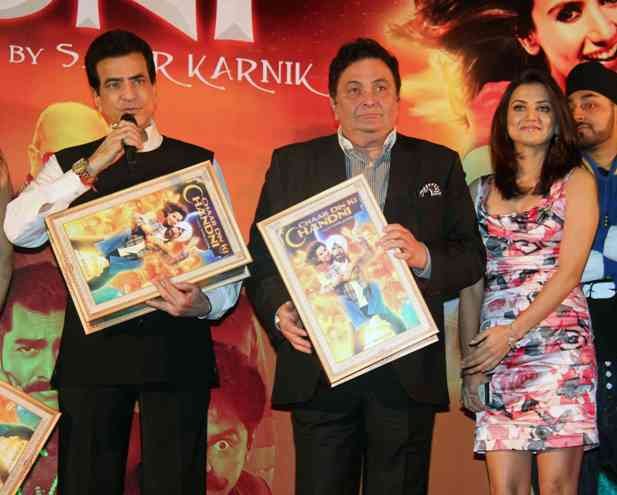 Samir Karnik’s Chaar Din Ki Chandni is ready to hit the theatres on 9th March, 2012. The editing and post production is complete and all set to get the excitement to an end. The film stars Tusshar Kapoor, Kulraj Randhawa, Anupam Kher, Om Puri, Johny Lever, Mukul Dev, Anita Raj, Sushant Singh and Chandrachur Singh and others. 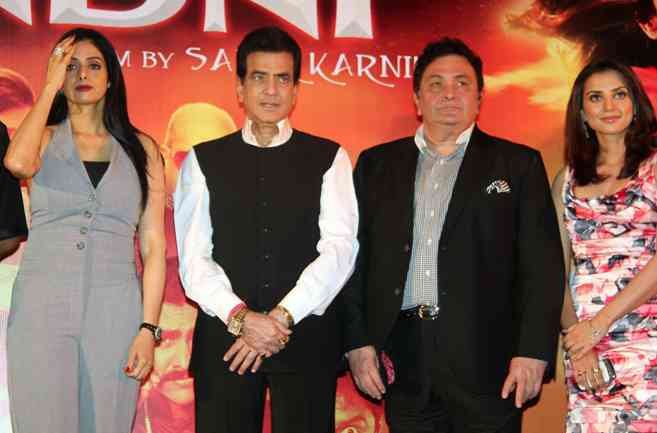 The film is produced by Samir Karnik under the banner Top Angle Productions, the co-producer and associate director is Ashish Kathpal. The Story is by Babaji, Lyrics by Sandeep Shrivastav, Music by Sandesh Sandhilya, RDB, Anaya, Shiv Hari, Abhishek Ray and Dr. Zeus. Cinematography is by Kabir Lal, Art Director is Jitendra Kava, Choreographed by Bosco Caesor, the Editor is Mukesh Thakur, action by Analasru, Screenplay and dialogues by Amit Masurkar and Nishant Hada. 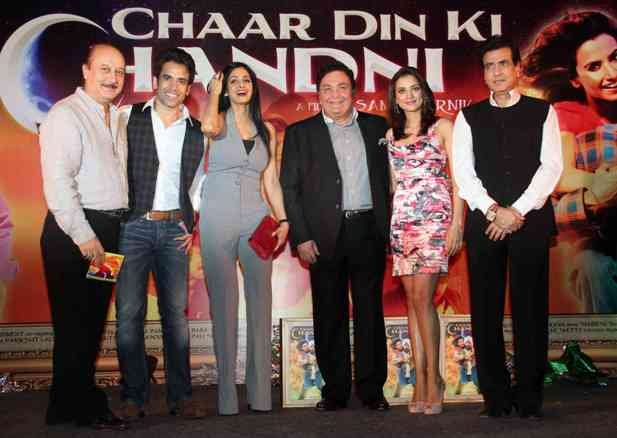 Chaar Din Ki Chandni is a comedy laced with romance and is set against the backdrop of Rajasthan at a four-day wedding. A complete family entertainer, it revolves around a Rajput family and a family from Punjab, who are caught in a situation which creates comedy of errors. 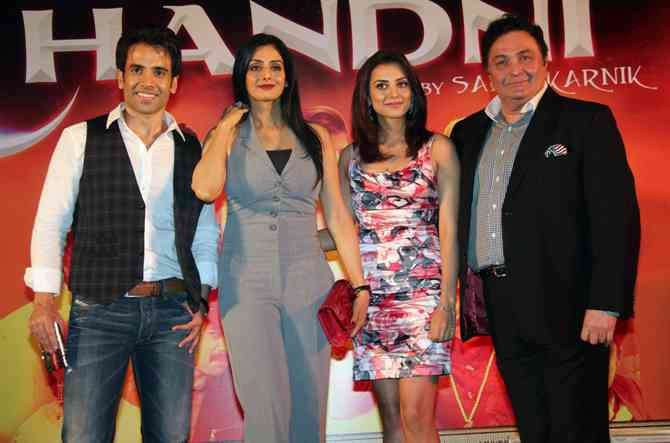