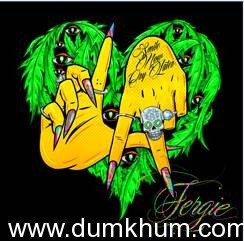 “L.A.LOVE (la la)” GOES TO RADIO TODAY AND IS NOW AVAILABLE FOR DIGITAL PURCHASE AND STREAMING

“L.A.LOVE (la la)” is FERGIE’s first new music since “A Little Party Never Killed Nobody,” which appeared on the platinum soundtrack to the 2013 film The Great Gatsby and has sold over 1 million copies worldwide. She also co-wrote and performed on Kanye West’s 2011 track “All of the Lights,” for which she received two Grammy Awards. Recently FERGIE announced that she has been in the studio working on the follow-up to her 2006 solo album The Dutchess, which debuted at No. 2 on the Billboard Top 200 and spent 94 weeks on the chart. The Dutchess went on to sell 6.2 million copies and 28.5 million tracks worldwide and spawned three No. 1 hits on the Hot 100: “London Bridge,” “Glamorous,” and “Big Girls Don’t Cry,” as well as the Top 5 singles “Fergalicious” and “Clumsy,” while her videos have over 300 million YouTube / VEVO views.

Since The Dutchess’ release, FERGIE has also released two multi-platinum albums, The E.N.D. and The Beginning, with The Black Eyed Peas, with whom she has sold 31 million albums and 58 million singles worldwide. The Black Eyed Peas’ videos have been viewed over 1.8 billiontimes.