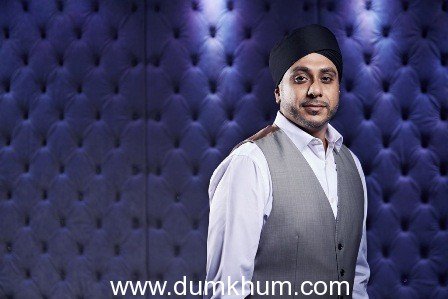 The fourth annual The Sikh Awards will take place on Saturday 9th November 2013 at a glittering ceremony at The Hilton Hotel, Park Lane, London. The Awards recognise the pivotal contributions made by the Sikh community across a variety of fields, from business to sport and entertainment, with nominations and winners coming from around the world.

Another highlight of the event, which is hosted by the media organisation The Sikh Directory, will be the launch of the second edition of The Sikh 100 Power List, detailing the most prominent Sikhs in the global community.

The Sikh Awards were founded by Navdeep Singh.  Speaking about the event he says: ‘The Sikh Awards are now in their fourth successful year. We started The Sikh Awards as a means to honour and celebrate the enormous achievements of the hard-working, dedicated and successful Sikh community both in the UK and globally. We never imagined that it would become so successful and would indeed become a focal point on the international social calendar each year.

‘Each year we recognise the contribution made by Sikhs around the world in their respective fields, from education to entertainment, business and sport. The Sikh community has long proven its worth as a hard-working, loyal and committed force globally, and has contributed substantially to the economic, social, political and cultural landscape of this country.

This year, once again, we will acknowledge, award and applaud the stellar achievements of the new batch of achievers, amidst the prestigious setting of the London Hilton Park Lane Hotel, in the presence of esteemed dignitaries, politicians, public figures, community leaders and celebrities.

Once again, many congratulations to all of this year’s nominees and winners. May you be a beacon that shines out to future generations, who will continue to strive for excellence in their chosen vocations.’

This year’s esteemed award categories include: Sikhs in Business, Sikhs in Charity, Sikhs in Education, Sikhs in Entertainment, Sikhs in Media, Sikhs in Professions, Sikhs in Seva, Sikhs in Sport, The Sikh Lifetime Achievement Award, The Sikh People’s Choice Award and the Special Recognition Award.

Prominent candidates for 2013 include amongst others: Businessman of the Year nominees Tony Deep Wouhra (Owner of East End Foods) and Kuljinder Singh Bahia (Owner of Southall Travel); Businesswoman of the Year nominees Perm Kaur Saini (Founder of the Claremont Group) and Jatinder Kaur (Director of JK Diversity Consultants); Sikhs in Entertainment nominees Valarie Kaur (award-winning film maker) and Prabjot Kaur Randhawa (chief political television correspondent at WIS TV, an NBC television station based in Columbia, USA); and Sikhs in Sport nominees Kashmir Singh Gill (world champion kick boxer) and Avtar Singh Sohal (Legendary Guinness Book of Records hockey player). There will also be two surprise high-profile award recipients on the night who will be presented with the Special Recognition Award for his or her services to Sikh-UK relations and also the coveted Sikh Lifetime Achievement Award.

Sikhism is a religion founded by Guru Nanak Dev Ji 544 years ago with over 26 million followers worldwide. It is ranked as the world’s fifth largest religion. The 2013 awards is a precursor to the event in 2014 which marks two important anniversaries: the first being the 160th anniversary of the first Sikh arriving in the United Kingdom in 1854 and secondly 2014 marks the 100th anniversary of the outbreak of the First World War where several thousands of Sikh soldiers fought for Britain on the front line.