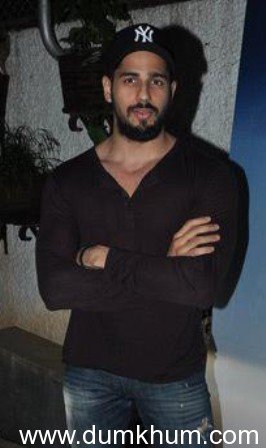 Since his debut film, Sidharth Malhotra has a huge female fan following, especially among the teenage girls. After the poster of his next release, Borthers came out, girls are going gaga over his beefed up look in the film. They have been actively sharing his look pictures on social media and retweeting, commenting on and liking the posts. Sidharth Malhotra has been changing and revamping his look for every film. From a buffed up teenager in Student of the Year, a lean guy in Hasee Toh Phasee to a muscular gangster in Ek Villain, Sidharth has played diverse roles with extremely different looks in each film. Even in Brothers,  Sidharth has tried a different look. The actor has put on a lot of weight, his hair gone completely short and he is wearing balis.

Sidharth’s this look has created quite a stir. A lot of people have been discussing his look.