Getting ready to face your moment of fear!! 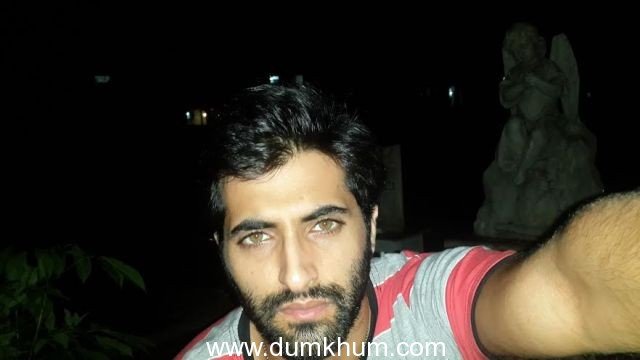 Imagine standing at a desolate graveyard all alone at 2 am and waiting for something to happen. Spooky! Well, that’s what Pizza’s leading man Akshay Oberoi did night after night, spending one hour daily at different graveyards for one whole month. Why? To be ready when his moment of fear comes!
Produced by UTV Spotboy in association with Getaway Films and directed by debutant Akshay Akkikeni, Pizza is a 3D horror thriller where one wrong pizza delivery kickstarts one of the scariest nights ever.
Now, to prepare for his role of the protagonist in the film, Akshay Oberoi would go visit all those graveyards and try and get fear out of his system. “What was really spooky was the eerie silence at all those places,” recollects Akshay. “So silent that even a slight rustle of leaves would give me the goosebumps. I don’t know how I managed to spend so many nights at the graveyards but I did pull it off with a lot of difficulty.” And Akshay has all the selfies at all those locations to prove his daredevil act.
UTV Spotboy in association with Getaway Films present Pizza, which will release on 18th July 2014.