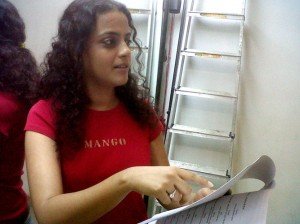 National Awardee Sachin Gupta’s critically acclaimed play ‘Wakeup Call’ explores the theme of guilt, denial and fear and the story revolves around the occurrence of a bomb blast in Mumbai. The play looks at the effects of violence on people, a community’s varied responses towards tragedy and examines the insensitivity of those with might and power.

This is the first time Chilsag Chillies Theatre Company will be staging this play in Mumbai. The world premiere production of Wakeup Call happened earlier in New Delhi on 7th September 2007 at Sriram centre Auditorium. 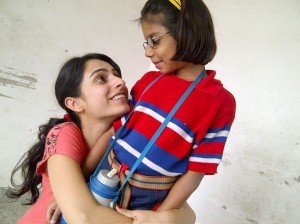 Gauri Karnik: Gauri Karnik is a Hindi and Marathi film actress best known for her acting in Film ‘Sur’ in 2002. Gauri Karnik acted in several Hindi movies. Also she was nominated for Star Screen Award Most Promising Newcomer – Female for Sur in 2003

Anjum Farooki: She is a popular TV Actor & best known as Gauri in TV series Balika Vadhu-Colors. Earlier she has done TV series Aapki Antara as a lead protagonist.

Rubina Dilaik: Rubina Dilaik is popularly known as Radhika, the main character in the TV series Choti Bahu, and was playing the same role in Choti Bahu 2.She also participated in Nachle Ve with Saroj Khan. She has won the Zee Rishtey Award of Best Jodi along with her Choti Bahu co star Avinash Sachdev. 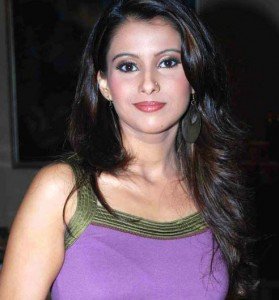 Kashmira Irani: She is popularly known as Amber in Sony Television Serial ‘Amber Dhara’ & Varya in Sony’s TV Series ‘Seven’. She is currently playing the female protagonist in Musical ‘Zangoora’ at Kingdom of Dreams,Gurgaon India.

Nupur Joshi: She has played the role of Sumii in NDTV Imagine ‘Do Hanson Ka Jodaa’ & as lead protagonist on ZEE TV Series ‘Rakhi’.

Wakeup Call – Synopsis The plot revolves around the occurrence of a bomb blast in Mumbai. The play looks at the effects of violence on people, a community’s varied responses towards tragedy and examines the insensitivity of those with might and power. The Society is coming to an end. Along with are the values which have entered a deadlock. It’s a new generation that takes birth. A generation without any purpose with no one to show the right direction. The days of trust seem to be long gone. There is an unusual darkness surrounding our Society today, what can be seen through this darkness is not the truth but still people seem to be behind that’s what is not real…what is not the truth. 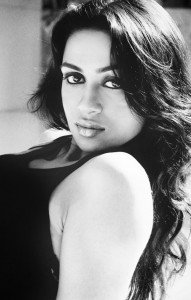 About the Playwright & Director Sachin Gupta Recipient of National Award “Natya Bhushan” Sachin Gupta is a qualified software engineer. Sachin’s sojourn into theatre started when he was 12 yrs old, and till date he has staged Seventy Five shows around the world working as an Actor, Director & Playwright including his award winning Off Broadway play ‘Celebration of life’ , ‘Handicapped City’ & ‘Kailashnath weds Madhumati’ which he staged Off- Broadway, NewYork & in Toronto,Canada for which he got huge appreciation amongst theatre lovers in North America. Till date he has written and directed 13 plays addressing various sensitive and important social issues, even through musicals and comedy productions.

He has trained more than 300 actors in various acting workshops under the theatre academy he began.While working as an Artistic Director in the Chilsag Chillies Theatre Company Sachin Gupta has also been editing a theatre magazine ‘Theatre Pasta’ that has consistently interviewed prominent theatre personalities from across the world. Sachin studied acting at Lee Strasberg,New York & at Fanshawe College, Canada. In acknowledgement of his continued work he has received letters of positive feedback for social themed plays from the President of India & an award conferred on him by Delhi’s Chief Minister Sheila Dikshit on behalf of Balwant Ray Society in India.

About Chilsag Chillies Theatre Company Celebrating our 9th Anniversary this season Chilsag Chillies Theatre Company is an Indian Theatre organization founded by Sachin Gupta in 2003. In its 9 year history, the Chilsag has produced Thirteen original theatre productions, International tours, Launched a Theatre Magazine,Drama Therapy Centre, established Theatre Laboratory and, through its reputed acting Academy, trained hundreds of new actors.Chilsag Theatre Productions prides itself in being one of the few theatre companies that showcase their own original creations. The very first production of the company, “Celebration of Life”, was felicitated by the chief minister of Delhi Mrs Sheila Dikshit and was also appreciated internationally when it was performed at Off Broadway,New York & at Factory Theatre, Toronto, Canada with international actors. Chilsag also maintains a global network of research centers in key cities around the world that provide inputs on the latest in world theatre. 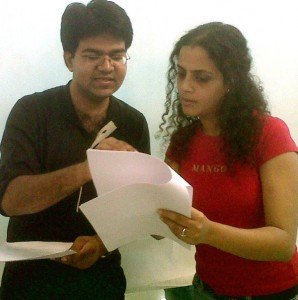