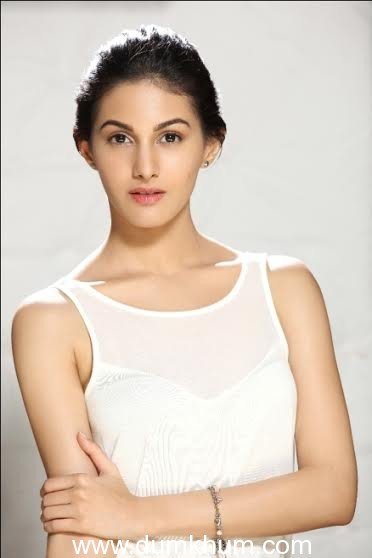 Garnier Skin Naturals, one of India’s leading skin care brands, has announced Amyra Dastur as the new face of Garnier White Complete range. This will be Amyra’s first brand endorsement deal and she will now be seen in fresh and innovative commercials for Garnier’s White Complete facewash which promises to deliver radiant skin & an even complexion. Amyra Dastur started her career as a model and then made her Bollywood- acting debut with the film Issaq and was recently seen in Mr.X.

Speaking about her association with the brand, Amyra Dastur says, “As an actor and a woman, I feel that healthy and radiant skin is of utmost importance. I refuse to compromise with the quality of skin care products and Garnier’s White Complete face wash not only cleanses my skin but also brightens it beautifully. I’m happy to be the face of a brand that I actually believe in and the benefits of which I have experienced personally.”

Commenting on the new association, Rupika Raman, General Manager, Garnier said, “We wholeheartedly welcome Amyra to the Garnier Skin Naturals family and we’re thrilled that she’s such a strong believer in our products. Her personality and energy is synergetic with the Garnier brand, that is synonymous with youth and vitality. Amyra being a young and talented actor will be a perfect connect with our target audience.

Garnier, the international expert, in skin care, hair care, men products & hair color, was established in India in 1991. Its endeavor is to bring to the Indian consumer, new, different and better products relevant to their needs at an affordable price. Garnier uses natural ingredients which have been carefully extracted to preserve their quality