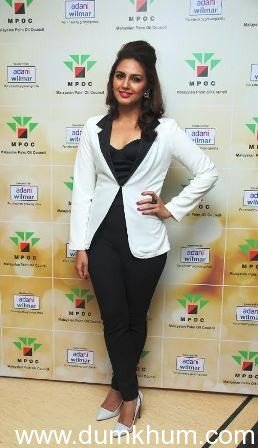 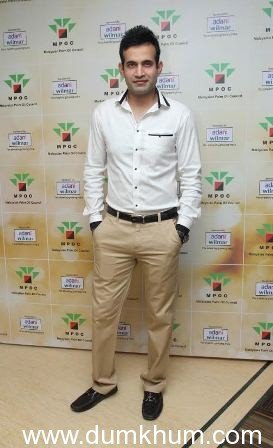 Former India speedster and current Delhi Daredevil Irfan shared a different pitch this morning with the vivacious actress Huma Qureshi, as they squared up in a cooking competition held by the Malaysian Palm Oil Council (MPOC).  Held at the ITC Maratha, Sahar, the event was part of the Malaysian government’s initiative to promote Malaysian palm oil with urban Indians. 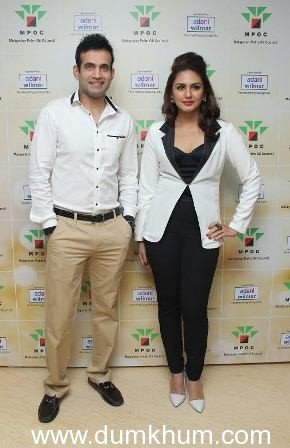 Titled ‘Fun, Food Lifestyle’, the event packed in quite a punch for its select guests, beginning with an electric Zumba performance. Then, it was time for Pathan and Qureshi to take centre-stage and test their culinary skills. In the few minutes amidst much cheering and hooting, the two celebs impressed equally well  as the audience witnessed them in never-seen-before avatars. The cook-off was a tie between Irfan Pathan and Huma Qureshi. The afternoon’s entertainment quotient had more in store as Chef Vijay Malhotra of ITC Maratha craftily demonstrated how Malaysian palm oil could be used creatively in routine and special dishes.

Amidst some serious scribbling on notepads, the audience was also treated to spot quizzes and prizes. The evening wound up with another exhilarating round of Zumba.

Having been actively involved in creating awareness about Malaysian palm oil and its various attributes including nutrition, cooking properties and affordability, MPOC helps promote the market expansion of Malaysian palm oil and its products by enhancing the image of palm oil and creating better acceptance of palm oil through awareness of various technological and economic advantages (techno-economic advantages) and environmental sustainability.

Headquartered in Kuala Lumpur, Malaysia, MPOC India shifted its base from Delhi to Mumbai in 2004 and has brought about greater understanding between the vegetable oil industry and policy-makers from both Asian countries.