FUGLY’S SPIDER STEP ON THE WEB! A buzz has been floating the dance industry regarding Akshay Kumar and Ashvini Yardi’s next film FUGLY  directed by Kabir Sadanand, starring Jimmy Sheirgill, Kiara Advani, Mohit Marwah, Arfi Lamba and Vijender Singh and its Signature dance step from its title track.

A funky step patented to be the ‘spider step’ which is executed by the cast as well as our very own Akki and Sallu in the title track of the film is growing as a cult step within 2 days of the official release of the song. The song seems to be the next ‘Harlem Shake’ and its popularity has spread like wild fire not just nationally but also on international territories.

According to an insider, “This step is so cool and is sure to catch on as a cult step amongst the Youth. I can picture the youth copying the spider step at clubs and parties across the country. We were blown away by the signature step that Mudassar, the choreographer has designed especially for the ‘Yeh Fugly Fugly Kya Hai’ title song. We call it the Spider Step and we think spiderman must dance like this, haha”

Commenting on the trendy spider step, Mudassar Khan, choreographer of the song, said, “I was thinking of a few signature steps that would appear simple and catchy on screen. Something that the youth would love. At the same time, the meaning of the song also had to be conveyed. I suggested a few options to Kabir and he liked the step which we have incorporated in the song. It’s like spiders crawling up your shoulder. I’m glad Salman bhai and Akshay sir loved it.” 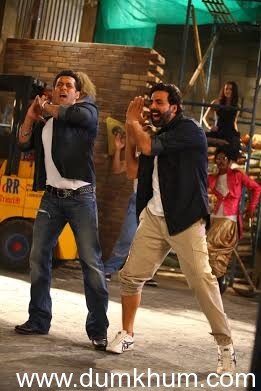 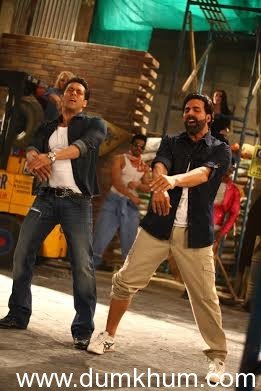