Project Everyone, in support of the United Nations, is in Cannes to call upon the media community to join leading brands, NGOs, tech, mobile and media companies, to shine a spotlight on the upcoming Global Goals “the most important to-do list in history, for people and planet”. 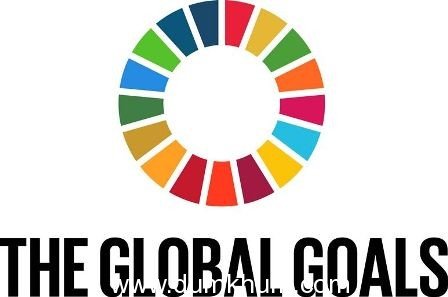 In September 2015, at the United Nations, New York, 193 world leaders will adopt a series of ambitious goals to end extreme poverty, fight inequalities and tackle climate change for everyone by 2030. The Global Goals campaign is a global collaborative effort to ensure that these Goals are world famous and that they are successfully acted upon.

Project Everyone, founded by Richard Curtis, aims to make the Global Goals the most famous Goals on the planet by sharing them with 7 billion people in 7 days from the moment they are adopted. The more people that know about the Goals, the more people will work to ensure global leaders drive change and the more young people will be inspired to join a new generation of Global Citizens.

Richard Curtis is today calling on the media community in Cannes to join the Founding Team to help get the Goals to everyone on the planet. He said,

“I would love everyone to get behind the mission to make the Goals famous. We are targeting every website and billboard, every TV and radio station, every cinema, every community, every school and every mobile phone network with the task of carrying a simple message about the Goals for the 7 days after they are launched”.

One of the first members of the team, The Global Cinema Advertising Association, SAWA, unveiled plans today for the First Ever Global Cinema Ad Campaign. Thanks to SAWA members, the ad #WEHAVEAPLAN will be screened in more than 30 countries across the world. Freida Pinto and Chiwetel Ejiofor joined Richard Curtis and creator of the ad Sir John Hegarty on stage at the SAWA seminar to share their views on how cinema can be a powerful medium in driving social change.

ABOUT THE GLOBAL GOALS

The Global Goals are a set of sustainable development goals to follow on from the Millennium Development Goals that aim to cement the progress that has been made. In September 2015, at the United Nations, New York,193 world leaders will adopt this series of ambitious targets to end extreme poverty, fight inequalities and tackle climate change for everyone by 2030. 17 Goals for everyone, a to-do list for the people and the planet. That plan will make history when the Goals are gavelled at the United Nations.

Project Everyone is the brainchild of Richard Curtis (filmmaker and founder of Comic Relief).Its ambition is to reach 7 billion people in the 7 days by:

Working with the United Nations, Global Citizen and other partners to give the Goals the loudest launch possible

Working with as many communications and distribution channels as possible as well as CSO networks, through initiatives such as; Radio Everyone, The World’s Largest Lesson and Prayer for Everyone alongside mobile, publishing, online, advertising, and NGO partnerships – whose combined reach has the potential to touch every single person on the planet.

SAWA are part of the Founding Team of Project Everyone. SAWA supporters Include, Dolby, Barco, Finch & Cinime.

Global Citizen is an initiative to recruit tens of millions people to learn about global issues, and to take action in support of the organizations campaigning to tackle them. They are committed to bringing global citizens the most interesting stories, effective actions and powerful campaigns so that they can play their part in the movement to end extreme poverty by 2030.

GlobalCitizen.org is the online content and action platform that serves as the basis of our work with Global Citizens. Since launching in August 2012, more than a million global citizens have joined, taking more than 2.75 million actions, and contributing to more than 35 campaign victories and announcements.

Freida Pinto became an international filmstar after she garnered attention for her debut role in the critically and commercially acclaimed film Slumdog Millionaire in 2009. She also starred in other films including Miral, Rise of The Planet of The Apes, and You Will Meet a Tall Dark Stranger, among others. Pinto is a Global Ambassador and producer for Girl Rising India, and a Global Ambassador for Plan International.

Chiwetel Ejiofor has appeared in a number of celebrated films, television shows and theatre productions throughout his career.  Notable projects include Dirty Pretty Things, Kinky Boots, The Shadow Line, and Othello at the Donmar Warehouse, which saw him win an Olivier Award. More recently he starred in Steve McQueen’s Oscar, BAFTA and Golden Globe winning film, Twelve Years A Slave, which saw Chiwetel win a BAFTA. Chiwetel is currently starring in Rufus Norris’ staging of Everyman at The National Theatre.