Apart from film screenings, everyday the Panel @ Paanch – a panel discussion held at 5pm – highlighted several crucial topics like violation of personal & political boundaries, women’s rights issues, and creating change through activism. However, resonating through every discussion, was the current raging issue about the Supreme Court verdict on Sec 377 recriminalizing homosexuality.

Festival Director of FLASHPOINT Human Rights Film Festival, Sridhar Rangayan said, “Right to love, and right to have sex are human rights too. Why should gay, lesbian, bisexual, transgender persons be denied this basic right in India?” 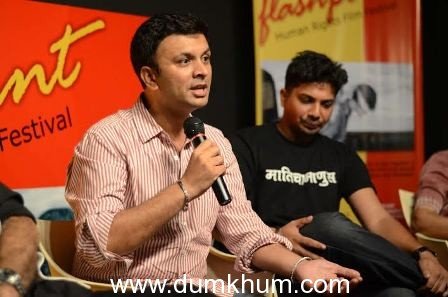 Harrish Iyer said, “After the SC verdict I’m worried that LGBT persons would go back into the closet, and live in constant fear. I am also concerned that incidences of suicide and calls related to depression will resurface, which had dropped considerably post the Delhi High Court verdict in 2009 decriminalizing homosexuality”. 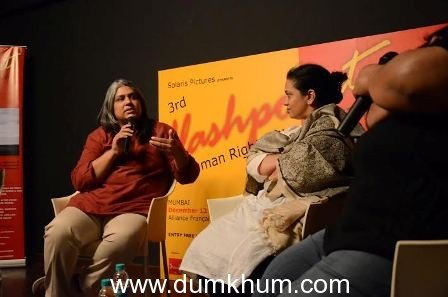 Framing the issue with respect to women, Shobhna S Kumar said, “Of late, over the past few years we had seen lesbian, bisexual and trans women making their presence felt at various events. With the new ruling it will be difficult for them to come out, as they face double discrimination – first as a women and then as a women with different sexual orientation or gender identity”. 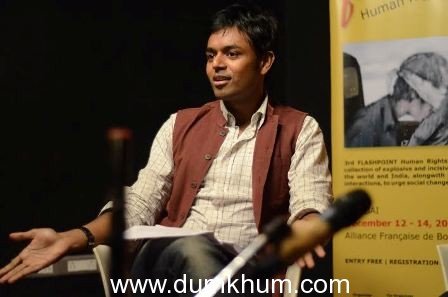 Jerry Johnson, who lives with his partner Deepak Kashyap, says that same-sex relationships are now threatened by this new verdict, “Does the government have a right to intrude into people’s lives, can it dictate our identities?”

The other panelists who were filmmakers and human rights activists too felt that the recent verdict was a regressive one and implied gross human rights violation for the LGBT community. 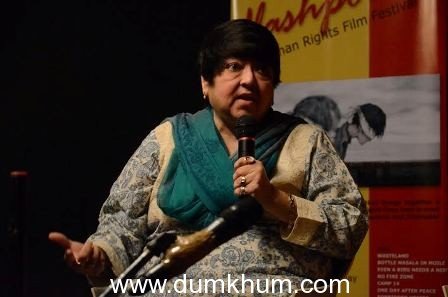 Noted filmmaker Kalpana Lajmi, speaking at the panel on women’s rights said, “The bedroom is a personal space and no one has the right to invade it”. Author & journalist Gautam Benegal said, “The government should only act as a night watchman; it should not have any business in our bedrooms, in our businesses, and in our lives”. 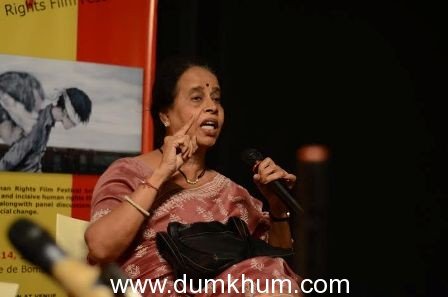 Women’s’ rights campaigner Shyama Kulkarni said “People have started understanding that this issue is not exclusive to gay rights. It’s a fight for the right to live with dignity, right to love without fear”. 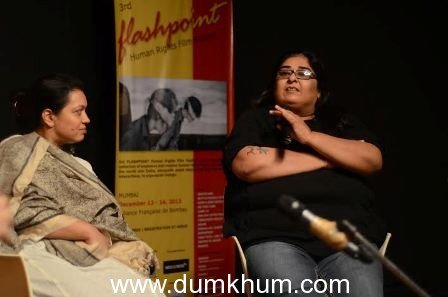 Filmmaker and social activist Vinta Nanda said, “I have been a great supporter of equal rights and I will always support initiatives that uphold them”. 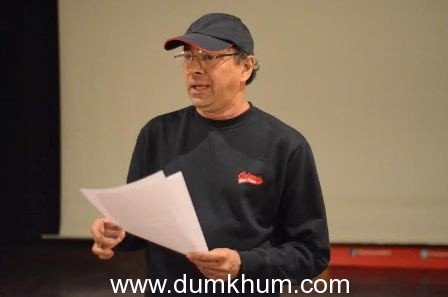 Rangayan called people to participate in the Global Day of Rage held across the world to protest against the SC verdict on Dec 15th “Whoever believes in any kind of rights  should support us, because our struggle is not just about sexual rights, but about our lives”

The film festival was flagged off by its Festival Patron noted filmmaker and activist Mahesh Bhatt who dedicated the festival to the late Nelson Mandela. He said, “Nelson Mandela led a movement against apartheid. We need a similar movement here to fight against human rights violations, so that all can live as equals”.

. “Whoever believes in any kind of rights