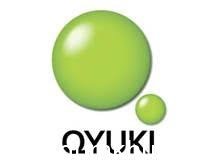 Six years ago, Mumbai witnessed one of its most horrific days in recent history. Terror took over the city and many lives were lost. On Friday 26th November 2014, through the resonance of mundane city hustle and bustle outside Chhatrapati Shivaji Terminus the melodious sounds of a sitar, mridangam, flute, tabla and a plethora of other classical instruments were heard. 25 of India’s most talented musicians came together to perform a musical tribute to the heroes that gave their lives on 26/11.

This musical performance was one of three that took place in the day, the second occurring at about 3pm at Marine Drive and the third at 5:30pm outside the Taj Mahal Palace. All 3 performances paid tribute to the lives taken on the night of the November 26th, six years to the day.  The musical flash performance was done in collaboration with Qyuki – A Multi Channel Network promoted by Shekhar Kapur, Samir Bangara and AR Rahman. Indian classical music is a symbol of permanence of India’s unity and unconquerable spirit. The objective was to use music to transcend all borders and inspire the nation with the valor and optimism of the citizens and protectors of Mumbai.

Speaking on the occasion, Samir Bangara, Co-founder & MD, Qyuki said, “Qyuki is proud to partner with Purbayan Chatterjee to honour the martyrs of the 2611 attacks on Mumbai through a series of Flash Concerts, a tribute to the people who lost their lives on that day. As a company we believe that some projects are passion projects outside the lens of business goals and that’s what makes the business of empowering creators even more special.’’ Adding to the same, Purbayan Chatterjee commented, “Indian classical music is at the core of our national identity. Shaheed Sangeet Samman is a musical communion of the people of this great country & a tribute to those brave souls who gave their lives on 26th November 2008.”

The concept of the performance was an Indian classical music tribute to those martyrs of 26/11.