Promise Dad is an extraordinary story about ‘Malay’ – a boy obsessed with ice-skating. Set against the backdrop of shattered dreams, isolation, and loneliness that failure brings – Promise Dad explores the passionate tale of Malay’s commitment to fulfill the dreams his father had for him.

A story that touches the core issue of human aspirations, human limitations and the decisions we take in our lives, Promise Dad is about defying all odds, having a self-belief, and making bold decisions in a now or never situation. Promise Dad narrates a tale of a father-son relationship, where a dying father accidentally discovers his son’s talent and goes out of his way to lend every possible support to realize his son’s aspiration of becoming a Skating Champion. What follows, is a heartwarming story of the transformation of a young boy to being a man and seeing the world in a new light as he chases his father’s unfulfilled dream. Moreover, the film is about true sportsmanship and the most intense competition in the world of ice-skating. It is as much about love as betrayal.

And finally, PROMISE DAD is truly a moving story that showcases two different eras and yet is a symbol of Genuine Love and Commitment – for a Father, for a Son and Humanity as a Whole.

Promise Dad had been entirely shot in London, U.K. 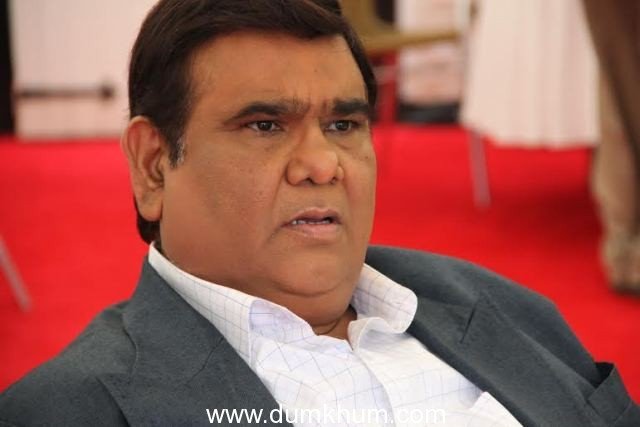 It’s a beautiful and dramatic story of a Father, a Son & their commitment to excellence. Here’s a dialogue with Satish Kaushik, as he is playing the role of the father in Promise Dad.

1.  How do you look back on your amazing cinematic journey?

2. Is there any one of your roles that is closest to your heart?

Yes my roles in Mr India, Saajan Chale Sasusaral, Ram Lakhan which got me Filmfare Awards and most closest is playing Chanu in a British film Brick Lane

3. Can you tell us about Promise Dad and your role in it?

Promise Dad is an emotional experience between father and son.. I play Raman who works in a Ice Skating Arena as a mechanic and wants to fulfill his son’s dream to become ice skating champion at any cost.. It is very emotional thrilling and dramatic victorious film

4. What was the biggest challenge of doing the film?

Actually because of the great emotional content of the film it was up my sleeve but since it is an English language film so that became challenge for me..

5. Do you have a favourite moment in Promise Dad?

Everyone..to all ages because it very heart touching and watching ice skating on screen will be a treat for all..

7.  How does working on an independent film compare to a big blockbuster?

Oh..weather was fantastic and it was pleasure to wok with a passionate mad producer director Ritesh..he was every inch into the film to make it into great heart breaking journey of father and son

9.  What do you love about London as a city and what do you like to do when you are here?

No pollution level makes u feel fresh and energetic all the time in London..my walking sessions near Heathrow airport were a treat..

10. What are your greatest unfulfilled acting ambitions?

12. Why should we watch Promise Dad?

Promise Dad is based on a sport which so interesting and exciting to watch and this film shows this sport entwined with a heartbreaking story of father son..the simple and compelling narrative of human bonding will make it extremely watchable movie