It is a great moment of Pride for multiple awards winning film director Ajita Suchitra Veera, whose upcoming feature film Ballad of Rustom 2013 is short listed for Oscars 2014 Best Picture Contention from around 3000 entries worldwide & competing with Hollywood films like Gravity…. As she speaks about herself and her adventurous, elegiac, uncompromising cinema.

Hi Ajita Tell us about yourself? What’s your background?

I come from South of the Country. I grew up in a family where we all loved Cinema-specially World Cinema, Hollywood Classics & Indian Cinema of Satyajit Ray, Bimal Roy,Ritwick Ghatak.I’ve been watching movies since I was a kid-and much of my early childhood was spent reading, sketching, going out for nature trails & printing photographs with my father.

My father is a graphic artist-cartoonist & photographer & my mother was a journalist. They are chief influences in my life since both loved Cinema & we would have lively discussions on Cinema at home. Tell us about growing up in Hyderabad?

I spent my formative years in Hyderabad, school & college & yes it’s one of the most interesting cities in the world, a blend of the ancient & the modern & it certainly was an important part of my Life-as I spent a considerable amount of time there. I loved watching lot of the folklore & fantasy stuff we had back there in the movies of 50s -60s Of Telugu & Telugu Cinema has a rich history too.

When did you get into films?

Cinema was always an important part of my life-however the decisive move to get into Filmmaking & hone my skills as a craftsman , happened in my graduation years when I was studying Science, & trying to be a scientist, I left my courses in America to pursue Cinema at the Film & Television Institute of India –Pune(FTII).

Who/what inspired you to embark on a career in filmmaking?

I think it was this passion to understand & explore myself which led me to filmmaking. Filmmaking is a rather intense process & you lead a different life while making films. You learn a lot from each film you make. It’s constant growth. Was there a film that made you want to make films? Which one?

Well there are several..but yes I could quote Hitchcock’s Vertigo & David Lean’s Doctor Zhivago Which were quite something for me as a kid- I loved the gripping Intelligent storytelling of Hitchcock, & the grand canvas of David Lean & yes there were Satyajit Ray’s minimalistic films “Gopi gayan baga bayen”& Agantuk-& his short fictions.

Who are your film heroes?

Yoo..I think I grew up watching lot of Robert Redford’s films & he is ofcourse a very interesting Actor. Also loved watching Gregory Peck.He remains a great favourite. I still fondly recollect “To Kill a Mocking Bird” one of my favourite films.

If not a filmmaker, then what?

(Laughs)..definitely a Music Composer or a certified Detective. 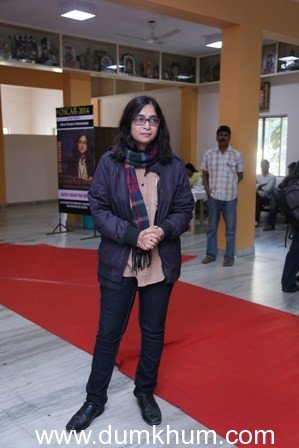 Is there a movie or character that describes your life?

Yes..Ballad of Rustom..I play almost all the characters in Ballad of Rustom..Rustom has several shades of my character & my father’s character although not completely, some Of it is fiction too, specially the setting & where he comes from but Rustom is this imaginativeYoung man who is a dreamer –a scientific guy & that has been my life.

Who are the filmmakers that inspire you?

What film recently has blown your mind?

The film that absolutely blew my mind recently is “Elysium” –Fabulous film that reflects our contemporary world –although set in far future. It’s a great work, a great film. 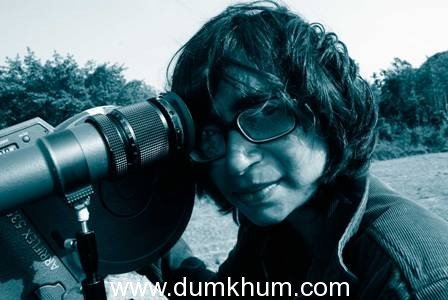 Describe Ballad of Rustom in short – why should we watch it?

Ballad of Rustom is about Imagination, Dreams & the passion for Life & it’s about seemingly ordinary people who are quite extraordinary in their own ways. I think every Indian should watch it. It’s a film about India, the magical Indian countryside,& it’s strange natural worlds & of characters such as Rustom who are imaginative & extraordinary.

Tell us about the genesis of Ballad of Rustom?

Well..there have always been stories & recollections ,my parents & ancestors –they moved from the countryside to start living in the cities & they had some vivid memories they shared & this was a start but it was this great Indian Landscape which is so vast & strange, that inspired me completely as I travelled across India that shaped Ballad of Rustom. The strange magical countryside, the extraordinary characters & also the politics & ideology.

What inspired you to tell this story?

I think my own personal experiences & the vast Indian Countryside which is strange & magical.

You’ve shot the film using bleach bypass, please tell us more about this technique and why you chose to use it?

I’ve used Bleach By Pass in my graduate film when I was studying at the Film Institute Pune. Cinema is a highly visual & evocative medium & images play a very important role in Cinema.Bleach-by Pass retains silver on the negative & creates a Black & white layer over the color emulsion-creating a desaturated color palette,with a high contrast look, I wanted this particularly to create the surreal atmosphere of Rustom’s World –of technology,nature & his own imagination since the whole film is quite dreamlike.

Tell us a crazy story about the making of Ballad of Rustom ?

Well..(laughs)..there have been several..but the best is when I was shooting a rebel sequence in a remote forest area of Coorg, & one of my actors playing role Of “officer” had to be hanged upside down, since he is captured by the rebels & this was crazy, since Ashwath (playing officer’s role) was damn hungry & he was upside down for quite some time since I took a couple of takes & by the end of the scene he was squeaking & running all over the place and it was quite hilarious..

What were the challenges you faced while making Ballad of Rustom?

Quite a few..but most importantly I think the resistance to new ideas & innovations in Cinematic language.Ballad of Rustom is structured very differently & it’s non-linear & unconventional storytelling which was not easy for People to relate to when I drafted the script, when I was shooting it & the aesthetic choices I took to craft it deliberately in a unique way, & the resistance to still accept new forms of Cinema eventually when it was made. After your student project Notes on Her, Ballad of Rustom is your second film to make it to the Oscars. What’s the magic formula?

Oh (laughs) no magic formula, just sheer passion & furious determination,& pursuit of what I believe in stubbornly, to create films which are imaginative & breaking new ground & this passion is what leads the way.

Why did you decide to take an independent route for submitting your film to the Oscars?

Well I felt it was important for Indian Cinema to arrive in the International Arena with our mark of craftsmanship & our special stories with our rootedness & so it was important that this film is visible it is a film which is important to India & it had to be enter that arena.There were no two ways about it.I knew when I was making it that it will either be something that will be radically different or there is no point making something which is regular.

You recently received the prestigious Indibor Bose Award for Excellence in Cinema. What was your response to this kind of unprecedented applause?

It was overwhelming ofcourse that I was given this special award-the first award instituted in 45 years & given to a Film Director. It was an honor that I received this award from the oldest film society founded by Mr.Satyajit Ray in Calcutta.It’s a tremendous feeling.

A realistic drama, an adventure story & a science fiction feature all in various stages of pre-paration.